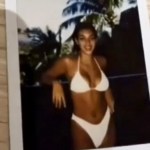 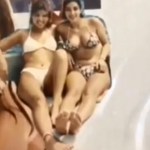 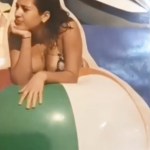 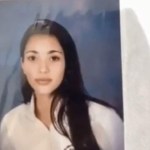 Nostalgia: Kim Kardashian shared a throwback photo with sister Kourtney circa 1994. The reality TV star, 41, is all smiles with shoulder-length short hair in the snapshot shared on Instagram on Thursday, Dec. 9, while sister Kourtney, 42, rocks highlights on her bangs, a classic beauty look during that era.

The trip down memory lane comes after the SKIMS founder attended the People’s Choice Awards in Santa Monica with sister Khloé Kardashian and mom Kris Jenner. During the Dec. 7 ceremony, Kim was honored with the Fashion Icon Award.

Dressed in a head-to-toe Balenciaga ensemble that consisted of a corseted dress and tights, Kim thanked her soon-to-be ex-husband Kanye West for introducing her to the fashion world in her speech. “I am so humble to be here,” Kim said. “I started off as a closet organizer and a stylist so to win a fashion award, it’s a ‘pinch me’ moment.” 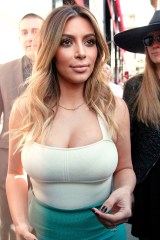 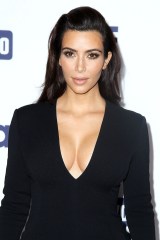 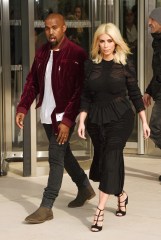 “Designers are willing to work with me and there was a time when they weren’t,” she continued. “So many amazing designers like Zac Posen who really believed [in] me or probably got talked into it by getting a call from Kanye; and thank you to Kanye even for introducing me to the fashion world. I fell in love with fashion and I’m so inspired by so many people.”

She called it a “dream to wake up” and be able to wear such “amazing clothes.” Kim filed for divorce from the rapper, 44, in February after nearly seven years of marriage. The two share children North, 8, Saint, 6, Chicago, 3, and Psalm, 2, together. The reality TV star has since been dating Pete Davidson, who she met after hosting Saturday Night Live in early October.

A source previously told HollywoodLife that the unlikely duo just “click” as a couple. “Pete really likes that Kim is sexy, confident, and her own person,” the source said. “They just click and like to do normal things, like get pizza.” As for Kim and Kanye, the two appear to be on amicable terms; they reunited this week in Chicago for a memorial service for prolific designer Virgil Abloh, who died in November after a private battle with cancer.