John Travolta and his two children enjoyed an intimate evening for their Thanksgiving celebration, which included 11-year-old Benjamin cooking!

John Travolta, 67, kept Thanksgiving an intimate affair with his kids Ella, 21, and Benjamin, 11. The 67-year-old actor shared a glimpse of the evening with a short video posted to his Instagram on Friday, Nov. 26. “I wanted to take this minute to give thanks to all of you for everything you do for me throughout the year,” he said to his 3.7 million followers. “I appreciate it. It doesn’t go unnoticed. Here’s a glimpse of our Thanksgiving,” he added.

The video went on to share some sweet moments from the holiday, which included a full turkey dinner. At one point, 11-year-old Benjamin was seen hard at work in the kitchen before sitting down with his family to enjoy dinner. Other snippets showed a glass of red wine being poured, as well as a delicious looking pie before watching Charlie Brown Christmas and playing ping-pong. John’s dog also made a cameo!

Thanksgiving fell just three days after Benjamin’s 11th birthday, which was on Nov. 23. John and Ella snuggled up to their youngest family member for a sweet photo, which John posted to celebrate Benjamin. “Happy birthday my beautiful boy. Your dad adores you!” the Grease actor penned, clearly proud of his son. Notably, Benjamin and Ella’s older brother Jett tragically passed away in 2009 at just 16 years of age.

The family’s Thanksgiving celebration also comes just over a year after the loss of Kelly Preston at 57-years-old. The actress lost her two-year battle to breast cancer in June 2020, which she kept private until the time of her passing. The past year has been emotional for the Travolta clan, which John addressed in an interview with Kevin Hart in August. 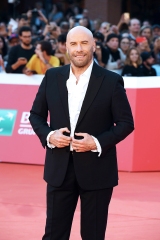 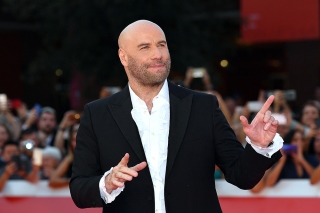 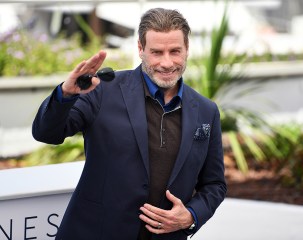 “[Benjamin] said to me once, ‘Because Mom passed away, I’m afraid you’re going to,'” John shared with the comedian. “I said, ‘Well, it’s a very different thing.’ And I went through the differences about my longevity and her limited life…I said, ‘But you know, Ben … you always love the truth and I’m going to tell you the truth about life. Nobody knows when they’re gonna go or when they’re going to stay.’ “