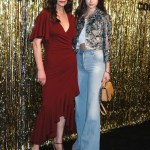 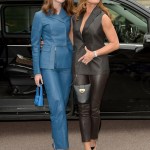 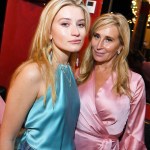 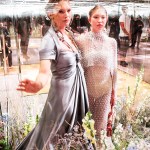 No, you’re not seeing things. Before attending a glam gala in New York City, Maya Hawke was the spitting image of her mother, Uma Thurman, while having some fun on the event’s red carpet.

If Quentin Tarantino ever decides to do a prequel to Kill Bill or Pulp Fiction, he knows exactly who to cast. Maya Hawke, the 23-year-old daughter of Uma Thurman and Ethan Hawke, attended the 2021 Guggenheim International Gala on Wednesday (Nov. 17). The Stranger Things star wore a sheer black tulle gown over a blush-hued lining. Maya accessorized the outfit with glam rings and a bracelet while keeping her elegant neck bare of any necklaces or jewels. The starlet’s hair was cut in a sharp bob, which framed her face perfectly.

While on the event’s blue carpet, Maya decided to have a bit of fun before heading in. She twirled the skirt with her hands, smiled, and offered a smile to the photographers. In one photo, Maya was caught laughing, her tongue pressed against her teeth in a silly expression. At that moment, Maya bore the strongest resemblance to her mother. 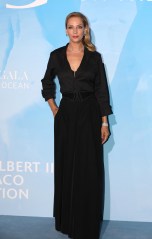 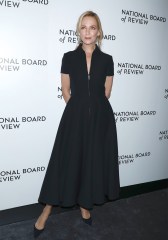 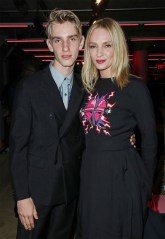 Maya’s parents first met when they worked together on the 1997 sci-film Gattaca. Ethan, 51, and Uma, 51, married in 1998 – the same year that Maya was born – and welcomed a son, Levon, in 2002. Sadly, the marriage didn’t work out. Uma and Ethan divorced in 2005. Ethan married Ryan Shawhughes in 2008. Uma would go on to be romantically linked to Peter Sabbeth, André Balazs, and Arpad Busson, a former fiancé with whom Uma shares a daughter, Luna, 8. Recently, she struck up a romance with Bloomberg Media Group CEO Justin B. Smith, according to a June 2021 writeup in The New York Times.

With two Hollywood A-listers for parents, Maya reflected on the decision to go into the family business. “It makes [for] more expectations, and it makes it so that people doubt your intentions and your ability, and your place, but the truth is that you just have to work hard and hopefully you learn your place,” she told WWD in 2019. “And there are all kinds of ways that it helps you get a foot in the door, but you’re going to get booted out the door if, once you’re in, you suck.” Clearly, Maya doesn’t suck. After landing the role of Robin Buckley in Stranger Things, she’s since appeared in Once Upon a Time… In Hollywood, Fear Street: Part One – 1994, and the upcoming Asteroid City. She even had her own Stranger Things mini-series spin-off, Rebel Robin: Surviving Hawkins.