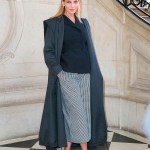 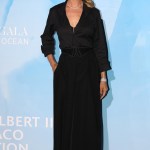 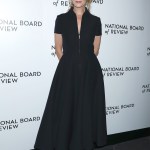 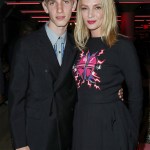 Levon Thurman-Hawke, 18, is about to make waves in Hollywood after joining sister Maya Hawke, 22, in the cast of Stranger Things 4. Levon was spotted on set with members of the cast apparently running lines on October 21, and while his character hasn’t been revealed, it’s clear he’s going to shake up Hawkins. Here’s what you should know about Levon:

1. He comes from Hollywood royalty. Levon is the son of Pulp Fiction actress Uma Thurman, 50, and Boyhood actor Ethan Hawke, 49, who were married from 1998 to 2005. His older sister, Maya, had a starring role in Stranger Things 3 as ice cream scooper (and badass) Robin Buckley, and appears to be returning for the fourth season. He has two younger sisters who aren’t in the business, Indiana and Clementine Hawke.

2. His Stranger Things 4 role is still unknown. Levon was spotted on the set interacting with his sister, Sadie Sink  (Max Mayfield), and Joe Keery (Steve Harrington). His character is unknown, and Stranger Things isn’t even listed on his IMDb page yet. But it’s clear, judging from his spiky hair, makeup, and outfit that whoever Levon’s playing in Stranger Things, they’re an ’80s punk. While the Duffer Brothers haven’t released when the season takes place, you can see in the background of the photo below that Levon’s walking past a poster for the movie The Coca-Cola Kid, which was released in July 1985. Note that the third season took place that same month.

3. Stranger Things 4 appears to be his first major acting gig. Levon has only acted in one onscreen project, playing Jacob Harris in the 2018 short Blackout. It’s unclear when Stranger Things 4 will drop on Netflix, though there were nearly two years between seasons two and three, which was released in July 2019. We may have to wait awhile for Levon’s big debut.

4. He’s rarely seen in public. Levon’s a mystery wrapped in an enigma. While his big sister, Maya, is now a fixture on red carpets given her major roles in Stranger Things 3 and Once Upon A Time …In Hollywood, Levon keeps a low profile. That may change now that he’s joined the family business. One place he does pop up is at Paris Fashion Week. He attended the Dior Spring 2020 haute couture show with his mother in January 2020, and people couldn’t get over how much they looked alike.