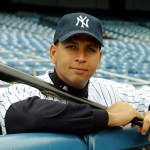 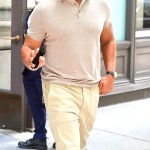 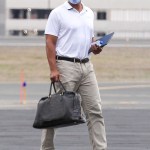 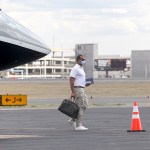 Has Alex Rodriguez been blowing up Kelly Bensimon’s phone? The baseball icon – and Jennifer Lopez’s ex – addressed the reports that he’s been flirting with the ‘RHONY’ alum.

It might have been the next great New York romance – emphasis on the might. Amid reports that Alex Rodriguez and Kelly Killoren Bensimon have struck up a “cute and flirty text relationship,” A-Rod, 46, struck down that talk – officially. “[Kelly] reached out on a real estate opportunity, and that is it,” said Alex’s rep, according to E! News. “There are no flirty texts, there is nothing there.” The rep added that many people, like Kelly, “reach out to him for business purposes,” and dating is currently not a priority for the former New York Yankees slugger. “Mr. Rodriguez is laser-focused on running Arod Corp, Timberwolves, and being a present father for his daughters,” the rep said.

The speculation over a possible romance between Jennifer Lopez‘s ex and Kelly, 53 – a real estate broker and former star of Real Housewives of New York City – began after Page Six published a report claiming the two were texting like high schoolers caught up in a young crush. “They have a cute and flirty text relationship,” the publication reported, adding that Alex has “asked her out more than once” during the conversation. Kelly’s rep told Page Six said that they had been having a “fun text relationship for the last couple of months.”

This connection came about because they have mutual friends, and she’s been chatting with him about real estate. Kelly was once married to fashion photographer Gilles Bensimon, but the couple called it quits in 2007. 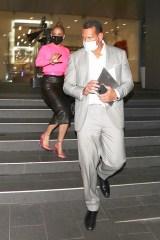 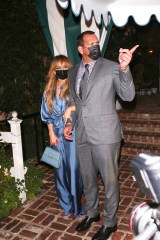 Alex recently joked about his bachelordom six months after he and J.Lo, 52, called off their engagement and ended their four-year relationship. During an Oct. 8 episode of MLB on FOX, co-host  Kevin Burkhardt ran a clip of the Tampa Bay Rays eating popcorn in the dugout during a game. “It’s not the first time people had been eating popcorn in the middle of the game,” said Kevin, who then ran a blast from the past: a clip of Cameron Diaz feeding Alex some popcorn during a game. A-Rod and Cameron, 49, dated for about a year before calling it quits in 2011, but Alex took this impromptu throwback in stride. “KB, that’s maybe why I’m single,” he quipped.

Since splitting from A-Rod, J.Lo has rekindled her romance with Ben Affleck. The romance between Ben, 49, and Jen is still going strong. The two engaged in a full-blown makeout session before boarding a private plane on Nov. 7.