Kelly Bensimon just gets better with age! The ‘RHONY’ alum showed off her abs and overall fit physique in a striped two-piece while jogging on the beach on May 28. She looked stunning with her sun-kissed hair down and wavy!

Let’s have a moment for Kelly Killoren Bensimon and her amazing figure. The 52-year-old former Real Housewives of New York star enjoyed the sun and sand while out for a jog in her bikini on Thursday afternoon. The luxury real estate agent, who’s been staying in Palm Beach, Florida, flaunted her ‘5’10” toned body in a blue and white-striped Michelle Farmer swimsuit. She paired her sexy beach look with jewelry by Lisa Crawford.

The former model proved she’s still a veteran in front of the camera with a few sultry poses. In one snap (seen below), she’s pictured down on all fours, as ocean waves crash on her. Other shots show Kelly smiling as her ombre, sea salt hair blows in the wind. 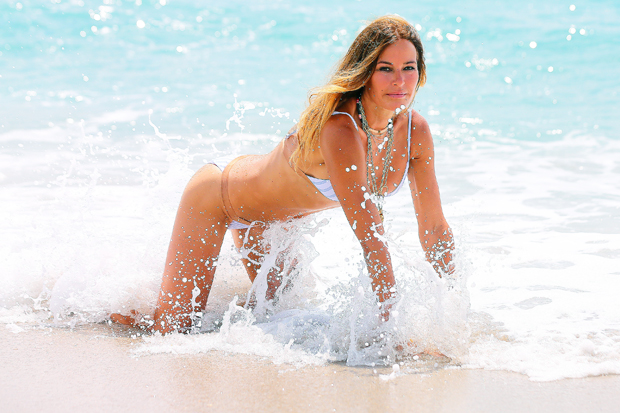 As for how Kelly maintains her rockin’ bod? — Cardio, mixed with a packed schedule and an all around boss-b–ch attitude! 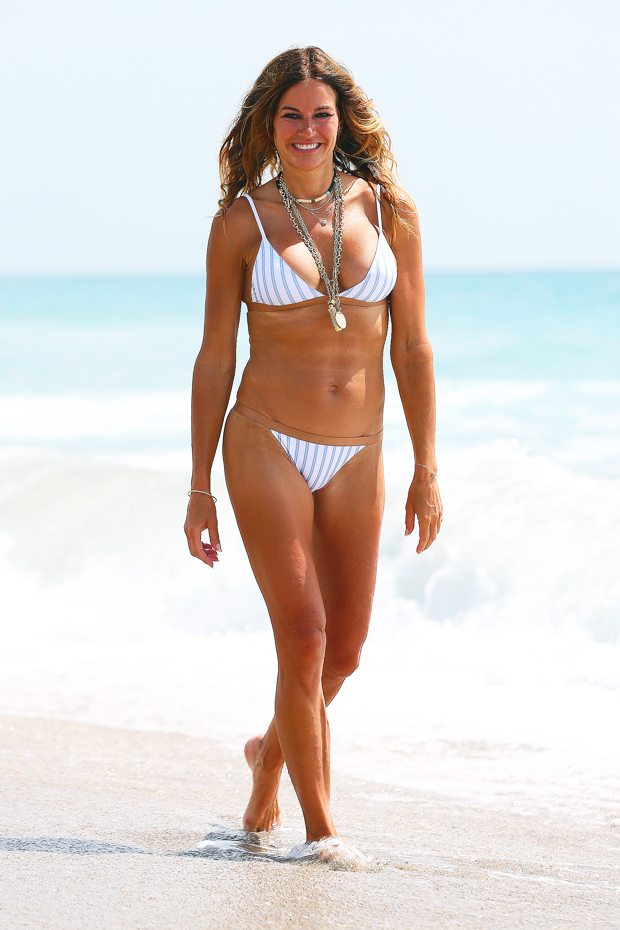 The former Bravo star — who departed RHONY after season 4, following countless tiffs with Bethenny Frankel — recently revealed to HollywoodLife if she’d ever return to the show.

“Never say never,” she said during an exclusive interview in February. “I’m having some fun. I’ve been filming a little bit for Million Dollar Listing… I’m having a great time with that. It’s more business-minded,” she said, explaining, “I can have a really good time and then we conduct business and I’m loving that.”

Hinting at her more tumultuous times while on RHONY, Kelly admitted, “It was a hard time when I was on it for a couple of years, and then I had a great time. I had so many mixed emotions. It was like a bad relationship.”