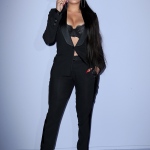 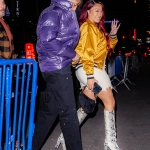 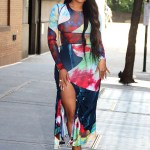 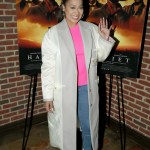 La La Anthony says the experience made her ‘re-prioritize’ herself before anyone else and work, adding that ‘life is short.’

La La Anthony revealed she underwent heart surgery in June 2021. The 39-year-old says she began experiencing premature ventricular contractions — known as extra heartbeats that disrupt the heart’s rhythm — which totaled to “25 percent more” than the average person daily. “Within a 24-hour period, they said, my heart was beating 30,000 extra beats more than the average person. It was going fast constantly,” she explained to Self magazine as part of the publication’s cover story.

La La looked flawless in an athleisure inspired look, rocking a gray tank top and silver leggings with a pink bomber jacket over top. She finished the outfit with a pair of high heeled booties.

After appearing pale and feeling light heated and sweaty on June 1, 2021, La La says her son Kiyan, 14, had her call an ambulance. “I’ve never felt anything like that before,” she said, detailing the “scary moments” that came after: an emergency two-hour surgery. “They would wake me up during the procedure and say, ‘We’re going to speed your heart up now. Just take deep breaths…those doctors were just so incredible but it was a terrifying experience,” she also said. 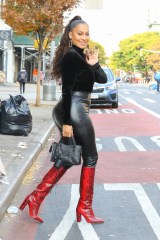 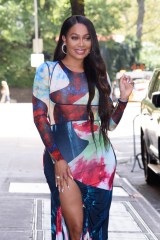 The actress remained hospitalized for four days, getting help from family and friends as she bounced back. “[It] made me reprioritize myself because it’s always about everyone else and work and this and that. And it’s like, if I’m not good, I’m not gonna be good for anyone,” La La reflected. “I’m not a person who likes everyone worried about me or doting over me. I have a lot of friends and a lot of family, and they’d be calling all day…it’s OK to let people love on you and be concerned about you.”

Since undergoing the emergency surgery, La La is under close medical watch with bi-monthly checkups. “Right after I had the ablation, they put me on the EKG, and I’m looking at the monitor, and it’s just steady and regular. I don’t see a spike anywhere. It’s so crazy. Just that quick,” she added. “Everything kind of evened itself out and leveled out. To see that was like, ‘Wow, that’s all I had to do to get this s**t in order? It’s regular now.'”