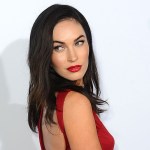 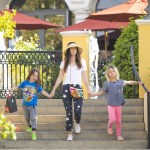 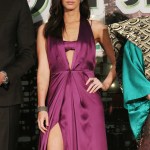 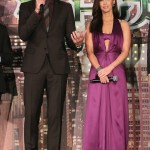 The new ‘BH90210’ reunion did the surprising move of casting La La Anthony as Brian Austin Green’s real life wife. We’ve got what his actual spouse Megan Fox thinks about this situation.

When Fox’s revival of Beverly Hills 90210 hits TV screens on Aug. 7, we’re going to see all of the original cast members playing themselves while debating how they should reboot the show. Yep, totally meta. So it was surprising when on May 31, it was announced that La La Anthony, 39, had come aboard the show to play Brian Austin Green‘s wife. Since the 45-year-old IRL is married to stunning actress Megan Fox, 33, how does she feel about someone else playing his spouse when she could have stepped in for the six episode series?

“Megan Fox has zero jealously whatsoever when it comes to Lala Anthony playing Brian Austin Green’s wife. Megan isn’t a jealous person at all. She’s honestly happy and excited for Brian. He has been wanting to get back on a popular series full-time since Anger Management ended back in 2013,” a source close to the ex-Transformers star tells HollywoodLife.com EXCLUSIVELY.

“He had some health issues and couldn’t work for a while so the fact that he’s feeling good and booked a steady gig, she’s so thrilled for him. Brian is so excited to get the ball rolling on this project. Megan really wants to focus on movie roles and being a mom. They do love working together and she would be open to doing an episode, but isn’t interested in being a TV actress right now. She’ll support Brian from afar happily,” our insider continues.

La La joining the 90210 cast was the first show outsider announced so it came a bit out of left field. But on June 1 it was announced that Vanessa Lachey, 38, has been cast as Jason Priestley‘s wife on the reboot. She’s going to be playing Camille, a high-powered publicist trying to balance work with starting a family. He’s been married to British make up artist Naomi Lowde since 2005 so the show seems to be casting significant others with fictional characters to drive the plot lines.