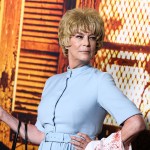 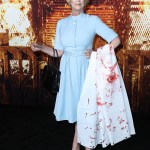 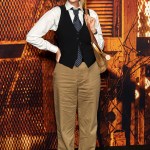 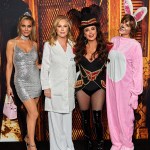 Dorit Kemsley dazzled at the premiere of ‘Halloween Kills,’ in an outfit that recalled one of Paris Hilton’s most iconic looks and the ‘Keeping Up With The Kardashians’ star’s birthday outfit!

There’s no movie more appropriate to dress up for than the premiere of Halloween Kills. While stars rocked all sorts of looks fitting for a Halloween movie, Real Housewives of Beverly Hills star Dorit Kemsley went for an early 2000s appropriate look and dressed like Paris Hilton did on her 21st birthday, which Kendall Jenner also recreated for her own 21st birthday celebration years later! Doris looked just like the socialite as she attended the movie premiere on Tuesday October 12.

The 45-year-old RHOBH star absolutely slayed the look. She recreated the sparkling silver dress with a plunging neckline perfectly, pairing it with a shiny pair of high heels. Not only did she get the perfect dress to channel The Simple Life star, Dorit also had the tiara and huge shining choker that Paris rocked all the way back in 2002. To totally sell the outfit, she tied it all together with a square light pink purse, very similar to the same one that Paris held during the birthday shindig! 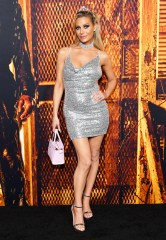 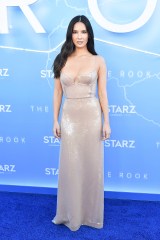 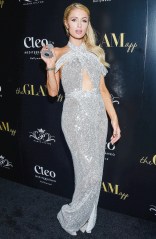 As mentioned above, Dorit’s not the only star to have taken a page out of Paris’ book. Kendall paid tribute to the iconic dress on her own 21st birthday in 2017. Kendall mentioned that having grown up around the heiress made her want to rock the same dress that she wore in an interview at the time with W Magazine. “Paris is a family friend, so like our big sisters we have always admired her fashion sense. At my 21st birthday party, I wore a dress inspired by the one Paris wore in 2002 at her 21st birthday party. She was there to celebrate with me that night and loved my look,” she said.

Paris also seemed to totally approve of Kendall copying the outfit in a 2017 interview with Grazia. She said that she was surprised by “gorgeous, glittering birthday girl” and her entrance in the outfit. “I was really flattered and I thought she looked stunning and I thought ‘It is the perfect birthday dress’ especially when you’re turning 21! So it was really nice to see her wearing that and she looked gorgeous. We had a fun talk about it,” Paris said.