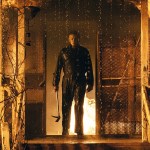 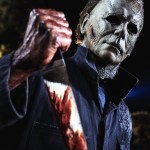 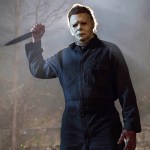 Michael Myers is back again and ready to go on another murderous rampage. From the release date to the cast, here’s everything you need to know about ‘Halloween Kills.’

Michael Myers isn’t done yet, but neither is Laurie Strode. Jamie Lee Curtis reprised her legendary “final girl” in 2018’s Halloween, which became a massive box office hit. The film was a direct sequel to the 1978 original slasher flick of the same name and retconned the previous sequels. After the 2018 film ended, it was clear the Michael vs. Laurie war was far from over.

Halloween Kills is the highly-anticipated sequel that’s the perfect Halloween watch. From what we know about the plot to those epic returns, HollywoodLife has all the latest updates on Halloween Kills.

Where ‘Halloween’ Left Off

The Halloween story goes all the way back to 1978 with the original film. When he was just 6 years old, Michael Myers stabbed his sister with a kitchen knife and was placed in a sanitarium. Years later, Michael escapes from the sanitarium and returns to his hometown of Haddonfield. 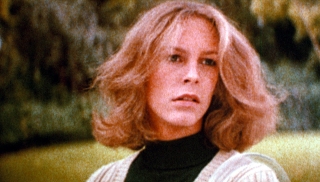 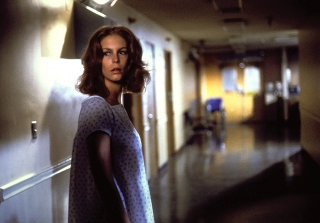 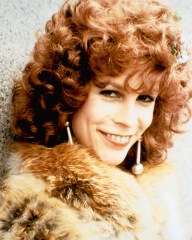 He begins following Laurie Strode and stalks her as she babysat two kids, Lindsey Wallace and Tommy Doyle. Michael starts killing Laurie’s friends one by one in gruesome ways. He attacks Laurie and tries to kill her. At the end of the movie, Michael is shot multiple times by Dr. Loomis, his psychiatrist. Michael falls off a balcony after getting shot.

When Loomis walks to the balcony, he sees that Michael has disappeared. Laurie starts sobbing when she realizes Michael is still on the loose.

The 2018 film is a direct sequel to the 1978 film and the original sequels are no longer canon. The movie starts on October 29, 2018. Michael Myers has been institutionalized for 40 years after his killing spree and is being transferred to a maximum-security prison. As he is being transferred, Michael escapes.

On Halloween night, Michael goes on another killing spree. Michael and Laurie have another showdown at Laurie’s house. Karen and Allyson help Laurie take Michael down by locking him in the basement and setting the house on fire. When the basement is shown, it’s completely empty. The post-credits scene confirms Michael survived the fire.

What’s In Store For ‘Halloween Kills’

Halloween Kills picks up in the aftermath of Michael’s latest killing spree. The movie’s co-screenwriter Danny McBride explained the film’s plot in an interview with Empire Magazine.

“It takes place the same night, picking up where the last movie ended,” he said. “Events in the film bring together a lot of characters who were in the 1978 film who we didn’t see last time. They gather to try, once and for all, to take down Michael, to stop this madman.”

Director David Gordon Green added, “The [2018 movie] was more about Laurie’s life of isolation after Michael and her attempts at revenge. It was personal. This is more about the unraveling of a community into chaos. It’s about how fear spreads virally.”

The official trailer for Halloween Kills was released in June 2021. The trailer begins with Laurie, Karen, and Allyson screaming at the fire trucks that are heading to Laurie’s house. “Let him burn!” Laurie screams.

The trailer shows Michael escaping from Laurie’s house as Laurie thinks Michael is gone for good. When Laurie, Karen, and Allyson realize that Michael is still alive and killing again, they set out to take him down once and for all. “Evil dies tonight,” Laurie tells Karen.

Lonnie Elam also figures out that if you track Michael’s victims, it cuts a straight line to Michael’s childhood home. The town of Haddonfield begins to hunt Michael and Lindsey Wallace returns. “The more he kills, the more he transcends. He’s the essence of evil,” Laurie says.

Both Karen and Allyson have their face-offs with Michael. Allyson screams at Michael to “do it” when he has a knife in her face. Karen grabs Michael’s mask and yells, “You want your mask? Come and get it.” The Strode women are rising UP!

In an interview with Sirius XM, Jamie opened up about the message behind Halloween Kills. “The movie is about a mob,” Jamie said in 2020 “It takes on what happens when trauma infects an entire community, and we’re seeing it everywhere with the Black Lives Matter movement. We’re seeing it in action.”

She continued, “When you see it, it’s a seething group of people moving through the story as a big, angry group. It’s really, really, really intense. It’s a masterpiece.”

The original release date for Halloween Kills was October 16, 2020, but it was delayed a year due to the COVID-19 pandemic. The film will be released in theaters on October 15, 2021.

Jamie Lee Curtis is back as the one and only Laurie Strode. She’ll be joined by Judy Greer and Andi Matichak, who play the other two generations of Strode women, Karen and Allyson. James Jude Courtney and Nick Castle will also be returning as Michael Myers. Other returning cast members from the 2018 movie include Dylan Arnold as Cameron Elam, Will Patton as Deputy Frank Hawkins, and Omar Dorsey as Sheriff Barker.

There will be familiar faces from the 1978 original film. Kyle Richards returns as Lindsey Wallace, who gets a major showcase in the final Halloween Kills trailer. She is Tommy Doyle’s friend and one of the kids Laurie babysat in 1978. The character of Tommy Doyle is making a comeback as well, this time being played by Anthony Michael Hall.

Nancy Stephens will be reprising her role as Marion Chambers, a nurse who worked with Dr. Loomis, from the original Halloween. Charles Cyphers returns as Leigh Brackett, the former sheriff of Haddonfield. Leigh lost his daughter in Michael’s first killing spree in 1978. Robert Longstreet also returns as Lonnie Elam, who bullied Tommy Doyle as a child in 1978. Lonnie is also Cameron’s father.

HollywoodLife spoke EXCLUSIVELY with Halloween Kills producer Ryan Freimann about the Dr. Loomis flashback that can be seen in the trailer. “That was so lovingly done,” he said. “Everything from [Halloween mask sculptor] Chris Nelson recreating [Michael’s 1978] mask perfectly to building Lampkin Lane — and down to walking the Myers house with a measuring tape in Pasadena and getting all the floorboards where they’re supposed to be. You will go into this 1978 space and… I mean, Loomis [played by the late Donald Pleasence] is not recreated with CGI, so it is a shocking experience when you see it on screen. And I feel like seeing that Myers house one more time is pretty impressive.”