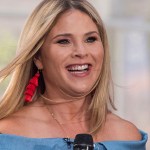 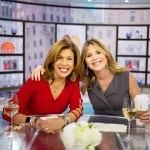 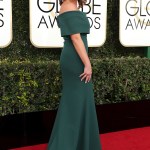 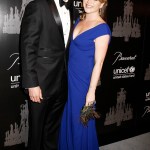 Barbara Bush just welcomed a baby girl to the Bush family dynasty, and her sister, Jenna Bush Hager is excited to be called auntie!

The 39-year-old Today show co-host gushed on her Instagram page recently about the new arrival, sharing an adorable photo at the hospital as her sister cradled the newborn, named Cora Georgia, in her arms.

“Dearest Cora Georgia, Today is the day I got to meet my most beautiful, precious, feisty, niece (a bit earlier than we expected!),” wrote Jenna, who has three children Margaret Laura, 8, Poppy Louise, 6, and Henry Harold, 2, with husband Henry Hager.

“I witnessed in awe as my dearest, toughest @barbara.p.bush became a mama,” she continued in the post. “And today is the day I fell in love! Some cousins are anxiously waiting to play with you, but not just yet love. Xx auntie j.”

In a statement shared with People, former president George W. Bush and former first lady Laura Bush said, “With full hearts, Laura and I are delighted to announce the birth of our new granddaughter,” adding that Cora was “healthy and adorable” and that they were “proud and grateful.”

The Bushes also shared that Barbara gave birth in Maine, not too far from where she and husband Craig were wed in 2018. Barbara had not revealed her pregnancy publicly before giving birth, leaving it up to mom and dad to share the big news. She and Craig, a screenwriter, tied the knot at the family compound in Kennebunkport, Maine on October 7, 2018.

Barbara recently revealed in an interview with People that one of the “silver linings” of the pandemic was staying home with her family on their Texas ranch, granting more intimate time together. “We thought it would be for a handful of weeks — we didn’t anticipate that it would be for the majority of a year,” Barbara said. “But it’s time that we never otherwise would’ve had, of course.”