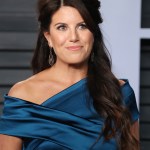 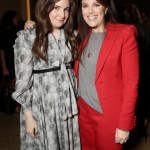 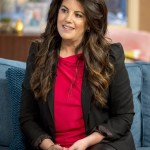 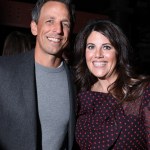 With the upcoming release of Monica Lewinsky’s ’15 Minutes of Shame’ documentary on HBOMax, Sunny Hostin wondered whether she was the right person to discuss cancel culture.

It’s been over 20 years since the scandal surrounding then-President Bill Clinton, 75, and then-White House intern Monica Lewinsky, 48. Following the announcement that Monica is ramping up to release a documentary examining cancel culture from HBOMax, called 15 Minutes of Shame, The View co-hosts weighed in on the nuanced discussion of whether Monica is the right person to discuss cancel culture, with Sunny Hostin, 52, pointing to her successful career post-scandal during a Wednesday September 22 segment.

I had no idea Monica Lewinsky's net worth was that much 👀#Theview pic.twitter.com/rtrmAk5QBD

Guest co-host Ana Navarro mentioned that she felt that, while Clinton didn’t suffer the same backlash that Monica did, it doesn’t make sense to blame the internet for the backlash as Monica seemed to do in the trailer. “Her life was ruined by the actions, her decisions, the mistakes, and the consequences of what happened because of what she did, not because of the internet,” she said. “I think Bill Clinton’s life did not equally suffer.”

Sunny also wondered whether Monica was really “cancelled” in wake of the scandal given her role as a producer on American Crime Story: Impeachment, having a TedTalk viewed over 20 million times and more. “There are consequences at 22-years-old for having an affair with the married President of the United States,” she said. “Was she un-hirable? Was she a pariah? I remember a handbag line. I remember that she was a dating show host. I remember that she got a degree after going to the Lewis and Clark College, before the internship. A master’s degree from the London School of Economics. Now she is a producer of movies based on this affair. Her Life. I think her net worth is in the millions of dollars. She’s part of the one percent. When you talk about, she was un-hirable and a pariah, I’m just not so sure about that.” Monica’s net-worth is around $1.5 million via Celebrity Net-Worth.

After Sunny listed the many things that Monica went on to, Sara Haines “pushed back,” and the two hosts agreed that there was an “abuse of power” on Clinton’s part. “As the intern or someone below him, you could argue—I actually believe that she probably had feelings for him, and she probably thought that it could be something, but you could agree that there could be retribution,” she said. 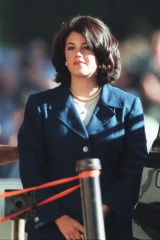 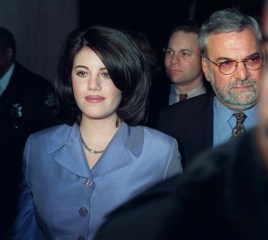 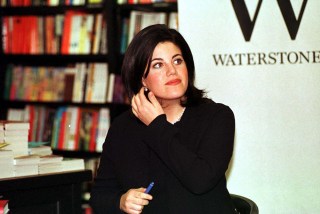 The hot topic conversation got so heated that even after a commercial break, the co-hosts continued discussing Monica’s life post-scandal. Sunny reiterated that while the president “behaved badly,” she’s unsure if Monica was really cancelled. “While young, while an intern in his office—so certainly there’s the abuse of power dynamic—I just don’t see her as someone who was cancelled, because she’s managed to really give this incredibly powerful Ted Talk, become a spokesperson for Jenny Craig among other things, and is now producing films,” she said.

Sara proceeded to ask how much time that Monica needed to “serve” for being involved in the scandal. Sunny asked if Monica was being “punished,” and Ana mentioned that the scandal would follow both for the rest of their lives and be mentioned in both their obituaries. After Joy Behar made a reference to questionable presidential behavior before the Clinton administration, Sara kept pressing that it was unfair to equate Monica’s action’s with the president’s. “I see her more victim. I think in equalizing that they both did something wrong is minimizing what was done here,” she said.

Sunny asked if it was appropriate for Monica to create movies about the scandal. Sara responded, “In the #MeToo Movement, is saying, ‘You deserve to be heard. Let us here your story…’ She didn’t get to tell hers openly.” When Sunny mentioned that Monica had made multiple movies about the scandal, Sara praised the bravery it took for some of the content included. “She told a scene that was mortifying. If you’re going to make a movie, and make it about you, you make it comfortable and safe and cut things out. She insisted on this one scene that was so probably triggering.”

When Sunny again alluded to the fact that Monica made multiple movies surrounding the controversy, Joy jumped in and mentioned that Clinton has thrived as a public speaker, after his presidency. “Bill’s made plenty of money since then. He’s giving speeches all over the place,” she said. Ana broke the tension before the commercial break, by mentioning how it’s appropriate that Monica was a spokesperson for Jenny Craig, given how great she looks!