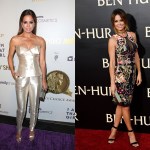 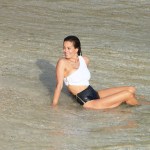 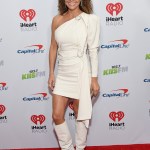 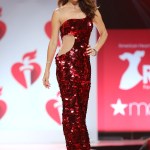 Brooke Burke and Scott Rigsby made their relationship red carpet official in November 2019, and now they’ll be getting married.

Congratulations are in order, as PEOPLE reports Brooke Burke is engaged to her longtime boyfriend, commercial real estate developer Scott Rigsby. The TV personality, 50, celebrated her birthday with Scott and a few other family and friends this week, and it appears as though he proposed during the special occasion.

In photos obtained by PEOPLE, Brooke can be seen wearing a massive diamond ring on her wedding ring finger, as she sips on white wine and kisses Scott. SEE THE PHOTOS HERE. When asked about the cost of the ring, Amanda Trevizo of Shane Co. Buyer told HollywoodLife, “Brooke Burke’s gorgeous engagement ring looks to feature a 5.0 to 6.0-carat Brilliant Round diamond in a Pavé Setting with larger diamonds along the band. A unique twist on a classic style, the setting enhances the striking beauty of the center stone. Depending on the quality and specific characteristics of the diamond, we estimate the cost of the ring between approximately $175,000 to $325,000. The timeless engagement ring compliments her necklaces, which she has layered – a trend we’re seeing. The necklace appears to be a diamond bezel set layered with a gold statement chain.”

Clearly, it’ll be a birthday she’ll never forget. “Following my birthday bliss, so thankful for family, friends & of course birthday cake,” she captioned a few shots from the party that she shared on Instagram.

Scott and Brooke started dating in 2019. And three months after romance speculation emerged, they made their relationship red carpet official at Operation Smile’s Hollywood Fight Night at the Beverly Hilton Hotel in November 2019. That same day, Brooke told reporters that her kids “really like” Scott, so we can only imagine they’re happy to hear their mom will be marrying the commercial real estate developer. 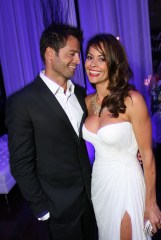 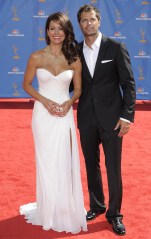 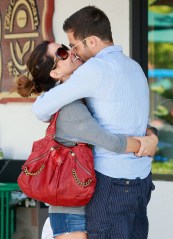 Brooke shares son Shaya, 13, and daughter, Heaven Rain, 14, with ex David Charvet, who she split with in April 2018 after seven years of marriage, and daughters Sierra, 19, and Neriah, 21, with ex Garth Fisher.

“It is awesome because he is a great father,” she said at the time. “He has two children and that is one of the things that I love most about him. He is really kind and responsible and devoted, so our kids are getting to know each other.”