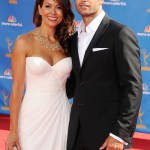 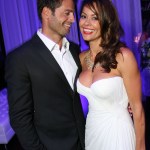 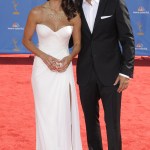 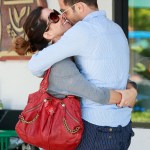 Brooke Burke is reportedly divorcing actor David Charvet after 7 years of marriage and 2 children. Get the shocking details.

UPDATE: Brooke and David’s date of separation was January 23, 2018, according to her, as reported by TMZ. She has reportedly requested joint legal and physical custody of their two children. Brooke allegedly listed irreconcilable differences in divorce docs and will deal with the spousal support at a future hearing.

And, just like that, another Hollywood couple is over. Brooke Burke, 46, is reportedly divorcing former Baywatch actor, David Charvet, 45, according to TMZ. Brooke was reportedly the one to pull the plug on their 7-year marriage, having filed the documents in L.A. County on Friday, April 6. The pair has yet to address or confirm the divorce report.

Brooke and David share two children together — Shaya Braven Charvet, 10, Heaven Rain Charvet, 11. They tied the knot in a beautiful island wedding in St. Barths in August, 2011. Brooke and David began dating in 2005 and then got engaged in 2006. Their engagement happened around the same time Brooke announced that she was pregnant. Brooke also has two other children from a previous relationship.

The couple most recently attended Operation Smile’s 2018 Park City Ski Challenge last month [March 2018] in Park City, Utah. Brooke is scheduled to attend an the 2018 World of Children Hero Awards Benefit on Thursday, April 19 at Montage Beverly Hills, where she will serve as the event’s emcee. World of children is a global recognition and funding organization for individuals exclusively serving the needs of vulnerable children. There has not been a notice that she will cancel the gig in light of the divorce report.

This story is still developing…