Rob Kardashian made a rare appearance at Kylie Jenner’s 24th birthday party this week, and we have the photos.

Rob Kardashian was photographed driving a purple metallic Rolls-Royce and wearing a casual white T-shirt as he headed to sister Kylie Jenner‘s 24th birthday party in Holmby Hills, California this week, according to photos obtained by the Daily Mail. SEE THEM HERE!

It was a rare sighting for the Kardashian sisters’ only brother, who is rarely photographed out and about. But Rob appeared to be in a fantastic mood as he sat behind the wheel of the $300,000 vehicle.

Despite not going out in public too frequently, Rob made a recent appearance on one of the final episodes of Keeping Up With the Kardashians. Rob was featured in a scene alongside Kris Jenner, Corey Gamble, Kylie and Stormi Webster, during which he jokingly scolded his mom for bribing Stormi with a lollipop. However, he was only seen on-screen for a number of seconds, so he’s not too fond of being seen on the show either. 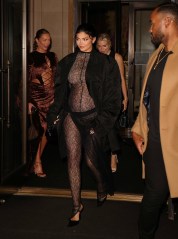 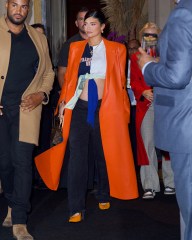 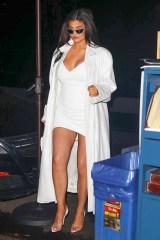 But it must be noted that Rob looked incredibly thin during those few seconds on-screen. He wore a pair of shorts and a yellow t-shirt, and looked extremely slimmed down and happy while spending quality time with his family members. It was very cool to see.

The last time Rob appeared on Keeping Up With the Kardashians before that was during a birthday special for sister Kim Kardashian in October 2020. He also attended Kim’s birthday vacation at the end of October, and he was seen in some photos from the tropical trip. But other than that, Rob likes to keep to himself and stay out of the public eye. So it’s certainly nice to catch this new glimpse of him driving to Kylie’s birthday party.

Rob is currently raising his four-year-old daughter, Dream Kardashian, who he shares with ex, Blac Chyna.