Charlize Theron celebrated her 46th birthday in style! The Oscar winner has been living her best life on vacation in Greece, and that was certainly the case when she gathered her pals for a prom-themed party. The bash, which took place on a luxury yacht, was more specifically an ’80s ‘prom murder mystery’ party, and Charlize appeared to be having a great time. The F9 star was joined by her daughters Jackson, 9, and August, 5, along with a crew of friends.

“Well I never got to go to prom, but this year for my bday my friends decided to change that,” she captioned an Instagram snap on August 6. “I love these humans more than words can describe. Only they could know that an 80s prom murder mystery party on a boat is my literal dream birthday. What a family, what a night.” Charlize opted for a casual pink tee which read ‘Birthday Girl’, along with cut-off denim shorts. 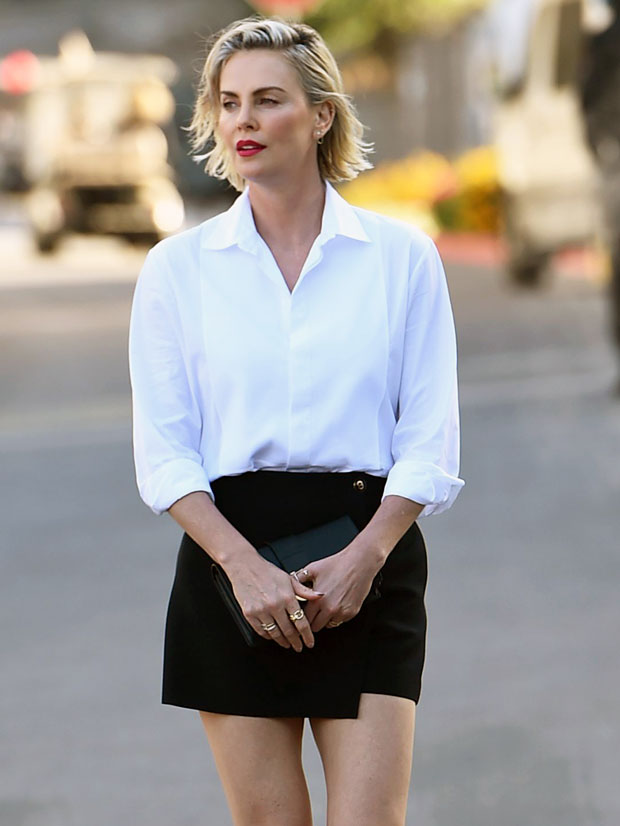 Earlier in the week, he was seen soaking up the sun while wearing a two-piece black bikini. In the pics, she was joined by her two daughters and a mystery man. The actress gave her fans a glimpse into the trip one day prior when she shared a video of her and her adopted daughters jumping off the yacht and into the ocean. In the slo-mo footage, Charlize and her kids all hold hands as they jump off the boat and into the water. “Me and my girls 4 life,” she captioned the post, adding a heart emoji.

The Bombshell star has kept her private life largely out of the spotlight. However, she did open up about the adoption process to fashion designer Diane von Furstenberg in a 2020 interview. “That whole process was incredibly empowering for me as a woman,” said Charlize, of adopting her two daughters. “There is a great power in choosing to be a mother and then doing it when your body, your mind and everything is celebrating all of that.”