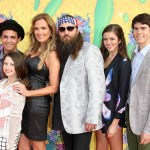 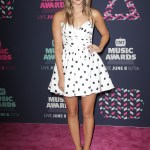 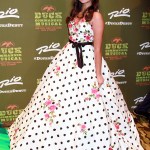 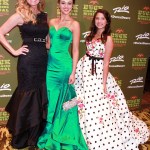 Rebecca Robertson might have a Christmas baby, as her second child’s due date is December 25!

Congratulations are in order for Duck Dynasty star Rebecca Robertson, 32, and her husband John Reed Loflin, 34, as the pair are expecting their second child! The reality star announced that she has a bun in the oven on Tuesday July 27. Rebecca and John shared their good news with an extremely sweet series of photos on Instagram with their son, Zane, 2.

Rebecca shared photos of the growing Loflin family. In one picture, she showed her small baby bump, while she wore a beautiful white, floral jumpsuit. John sported a more rustic look. He wore a dark pair of jeans and light brown button down shirt with boots. Little Zane adorably wore a brown t-shirt that announced that he’s about to be a “Big Brother.” In the first photo, Zane looked like he was shouting with excitement for his new little brother or sister. In the second picture, Rebecca and John leaned in close to each other and held up the ultrasound photos.

Along with the baby’s December 25 due date, Rebecca wrote about how excited the pair are. “Here comes the sun,” she said in the caption. “It’s been a very humbling journey for us since last October & a rollercoaster ride the past couple of weeks ( will share more on that later ) but through every obstacles we continue to see God’s goodness through our little growing miracle.”

Rebecca ended her post by thanking fans and those close to them for “love, prayers, and encouragements.” John also shared photos of the expecting family, and he wrote that he felt “Blessed and Excited” that their family was going to have a new baby in December. 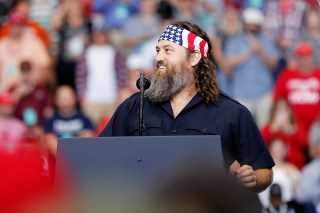 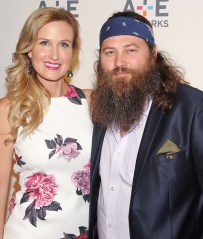 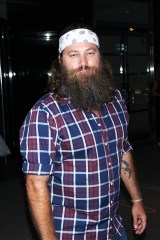 The Robertson family has grown quite a bit in the last year. Many Duck Dynasty alums have gotten married or had children of their own. Rebecca’s sister Bella Robertson, 18, married her boyfriend Jacob Mayo, 22, in June. Rebecca’s other sister, Sadie Robertson, 24, had a baby girl with her husband Christian Huff, in May 2021. It’s really exciting that Rebecca and John will have yet another little one running around in the winter.