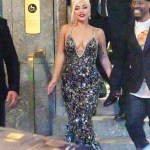 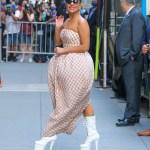 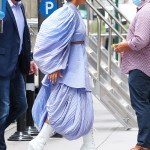 Allow Lady Gaga to make the case for oversized, sky-high platform boots. The “Shallow” singer, real name Stefani Germanotta, 35, was photographed leaving Highline Studios in New York on Monday, July 26 in a stylish black slip dress — and she accessorized with the most formidable pair of shoes.

With narrow heels in the back, the platform boots accommodate a chunky tip and some laces in the front. Gaga finished the look with a black square handbag and oversized glasses. The singer is currently in the Big Apple to prepare for her performances with Tony Bennett at Radio City Music Hall on August 3 and August 5. 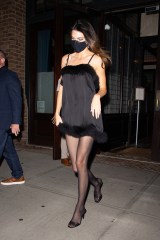 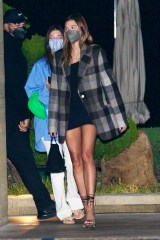 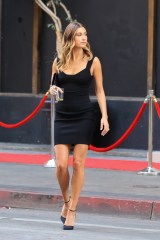 The singer shared more snapshots from her trip on her page on Monday. In a series of slides, Gaga rocked a black floor-length dress with gold embellishments and a belt buckle against the backdrop of the Empire State Building. “Nothing has a bigger heart than this,” she captioned with an apple emoji.

The shows comes after the star celebrated the 10th anniversary of her second studio album Born This Way in May. To commemorate, Gaga released re-imagined songs from the album by Ben Platt, Kylie Minogue, Orville Peck, and more. “Thank you to each of the incredible artists who reimagined #BornThisWay songs!” the singer wrote on Instagram. “And thank you Little Monsters for continuing to build our community of love, acceptance, and kindness for the last 10 years. I’m so grateful for each of you. Rejoice and love yourself today ‘cause baby, you were Born This Way.”

It’s been an eventful year for Gaga: following her Academy Award-winning role in A Star is Born, Gaga will next star in Ridley Scott‘s upcoming film House of Gucci as Patrizia Reggiani, the ex-wife of Maurizio Gucci, the head of the Gucci fashion house. The film will follow the couple’s turbulent marriage and divorce — and, of course, Patrizia’s arrangement to have her husband Maurizo (played by Adam Driver) murdered. (Nicknamed the “Black Widow,” Patrizia was convicted for her crimes in January 1997, serving 18 years behind bars.) Set for a November 24 release date, the film also stars Jared Leto, Salma Hayek, and Al Pacino.