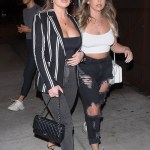 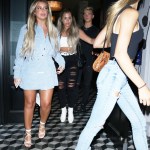 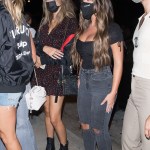 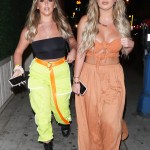 ‘Don’t Be Tardy’ star and TikToker, Ariana Biermann, busted moves to ‘My X’ by Rae Sremmurd in a new video.

Ariana Biermann, 19, showed off her dance moves and lip-sync skills in a new TikTok, posted Monday,July 5. Ariana, whose mom is former Real Housewives of Atlanta star Kim Zolciak, rocked a tiny leopard-print bikini in front of lounge chairs perfect for tanning. She did a short choreographed dance to Rae Sremmurd’s hit 2015 song “My X,” and she captioned it, “My bee and I. Zzzz.” In the middle of the recording, a bee flew right in the middle of the camera, but that didn’t stop Ariana’s dancing!

my bee and i. zzzz

Ariana’s new video has racked up over a million views, but it’s not the first time she’s posted a video of her dancing to “My X.” In a clip posted a week ago, she danced to the track alongside a man who seemed to be her boyfriend, Aaron Scott, as the two did a silly, choreographed routine. “Happy birthday bestie, ily,” she wrote in the caption. She posted another clip with the song on June 20, where she’s wearing the same outfit as the clip with Aaron. In the earlier clip, it seemed like Ariana was using the song to brush off haters. “For all the beautiful women taking videos and making fun of me.. please kindly go f**k yourself,” she wrote in the caption.

The TikTok dance is only the most recent time that Ariana has showed off some of her bikinis, too. Ariana has modeled tons of bathing suits in her recent social media posts. She also did some modeling for her mom, Kim’s, swimwear line Salty K. She rocked the same Salty K swimsuit that her mom and sister Brielle Biermann had worn in the past for a post on the swimwear line’s instagram. She posed on the beach in the same small pink bikini for a series of photos. 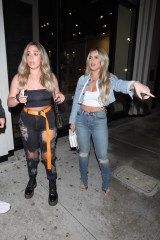 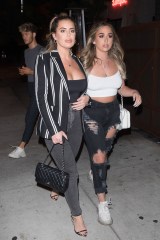 Besides showing off dance skills, Ariana also recently revealed her plastic surgery secrets with fans. Responding to fans on her Instagram Stories, Ariana answered a question as to whether or not she’d gotten liposuction on Monday July 5. She said that she hadn’t gotten a “tummy tuck,” but rather “worked my a** off.” She also wrote that getting lip-fillers was the “best thing [she’d] ever done.”