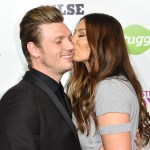 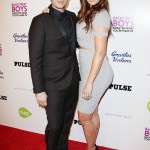 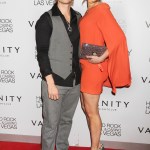 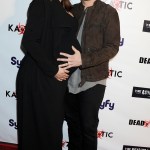 Nick Carter reveals he’s been taking some time to focus on his fitness regimen while raising three children with wife Lauren Kitt in an EXCLUSIVE new interview.

Nick Carter, 41, is giving credit to Will Smith, 52, for inspiring him to focus on his self-described ‘dad bod’. The Backstreet Boy told HollywoodLife EXCLUSIVELY during an episode of TVTalk on Instagram Live on June 18 that like Will, who has put his weight loss mission on full display on social media, Nick is prioritizing his physical well-being as of late. “I’m working on my Dad bod!” said Nick. “I saw Will Smith, the challenge that he was doing and how that bod got him through COVID. I was this close to showing how much weight I gained during the pandemic.”

Nick’s fitness regimen, however, requires the singer to take a bit of time away from his at-home life with wife Lauren Kitt Carter and their three children: son Odin, 5, and daughters Saiorse, 1, and 2-month-old Pearl. “I’ve got to get back in the gym so I’m trying to find a way to delegate my time at home with the kids, but at the same time I don’t want to be selfish,” said Nick. “I want to be there for them, but I’ve got to dedicate a little bit of time for myself. Those are the things I’m working on, personally.”

Nick and his wife became parents for a third time when they welcomed baby Pearl in April 2021. Pearl had minor complications, including breathing issues, after she was born but made a full recovery. Now, Nick is at peace knowing that he and Lauren have completed their family of five with “the perfect balance” of one son and two daughters. “I have 2 girls and they’re going to be close in age so they’ll be able to play together and Odin’s a little bit older and he’s starting to go to school,” Nick said. “So I think they’re all going to be best friends and I’m really happy for them.”

In honor of Pride Month, Nick has teamed up with band member AJ McLean, 42, and NSYNC members Lance Bass, 43, and Joey Fatone, 44, to raise money for charity at Bingo Under the Stars benefitting Mission Tsuki and The Trevor Project in honor of Pride Month. But the singer’s most special occasion as of late came on Father’s Day on Sunday, June 20. For the holiday, Nick’s two eldest children made him special homemade cards that he captured on Instagram. “This is what it’s all about. I love my babies. #happyfathersday,” Nick wrote.

Nick’s fellow band member Brian Littrell, 46, also recently spoke to HollywoodLife about fatherhood. Brian said that he was “just elated” that his son Baylee, 18, is following in his footsteps and pursuing a career in the music industry. “I’m so proud of him,” said Brian. “He’s super inspiring to watch as he writes and he does music and performs and all of that stuff. He’s a great guitar player. He can play his little butt off. It’s great to watch. As long as he keeps his head on straight which I think he’s done a great job with.”