Salma Hayek, 54, spent seven weeks in isolation while recovering from COVID-19. The Grown Ups actress opened up about her secret battle with the coronavirus, in a new interview with Variety. “My doctor begged me to go to the hospital because it was so bad,” she explained, noting that she battled the virus in the early days of the global pandemic. “I said, ‘No, thank you. I’d rather die at home.’” 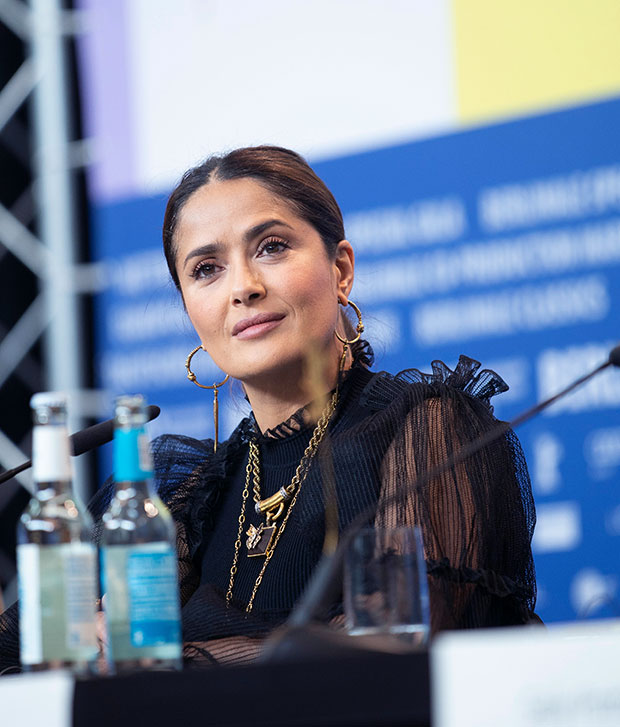 The outlet also noted that Salma spent seven weeks in a room in her house. At one point, she was put on oxygen, and is yet to fully regain her energy. She also opened up about returning to work, as she films Lady Gaga‘s highly anticipated House of Gucci. “It was not a lot of time,” Salma said. “It was easy. It was the perfect job to just get back into it. I had started doing Zooms at one point, but I could only do so many because I would get so tired.”

She added, “I remember there were two big comedies I auditioned for the lead. Afterwards, the directors told me that I was the best audition and that I was better than who they cast and that they regretted it. But at the time, they knew the studios wouldn’t have gone for a Mexican as the lead.” Salma continued, “If you are a woman and you are in a movie that is very successful and they say you are their favorite character, they will still give all credits of the box office to the guy.”