One day after a Minnesota jury convicted former Minneapolis Police officer Derek Chauvin of murder, the state Department of Corrections released a booking photo of him wearing an orange prison jumpsuit. The 45-year-old was found guilty on three charges, after kneeling on the neck of unarmed Black man George Floyd for more than eight minutes back in 2020 — a tragedy which sparked nationwide protests and reinvigorated the Black Lives Matter movement. In the new photo, Derek had a forlorn expression on his face, and tilted his head slightly to the side.

He is being held at Minnesota’s only maximum security prison, Minnesota Correctional Facility in Oak Park Heights. He is in “administrative segregation” which is applied when “someone’s presence in the general population is a safety concern,” a spokesperson for the prison told CNN. He has been separated from other prisoners and is being closely monitored by prison guards for suicide risk. He will be sentence in eight weeks, and faces up to 75 years behind bars if he serves his sentences consecutively.

After news broke that Derek had been found guilty, people took to the streets to celebrate. At the site of Floyd’s murder where a permanent memorial was erected in his honor, emotions ran high, with crowds chanting “Black lives matter.” He was charged with second-degree unintentional murder, third-degree murder and second-degree manslaughter, and right as the verdict came in, Ciara was among the first celebs to celebrate the verdict. “Thank you Jesus! I’m in tears. May your legacy live on forever #GeorgeFloyd,” she tweeted. 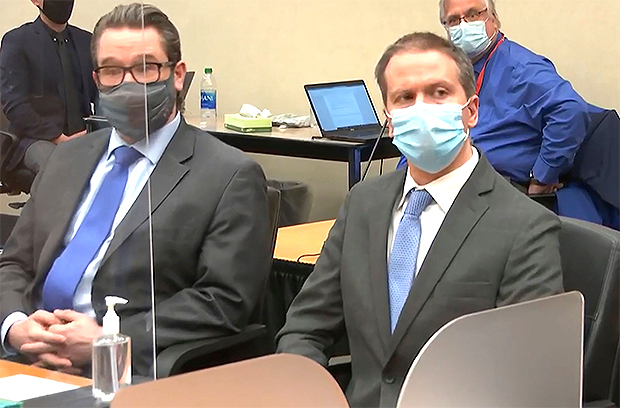