On June 4, a memorial service was held in Minneapolis to honor George Floyd, an unarmed Black man who was killed by officers during an attempted arrest on May 25. Reverend Al Sharpton imparted words of action and mourning into his eulogy, remembering George, his life, and feeling so much sorrow for the future that was taken from him. George’s memorial in Minneapolis comes with added grief, as he had moved to the Minnesota city in the hopes of beginning a new chapter in his life. 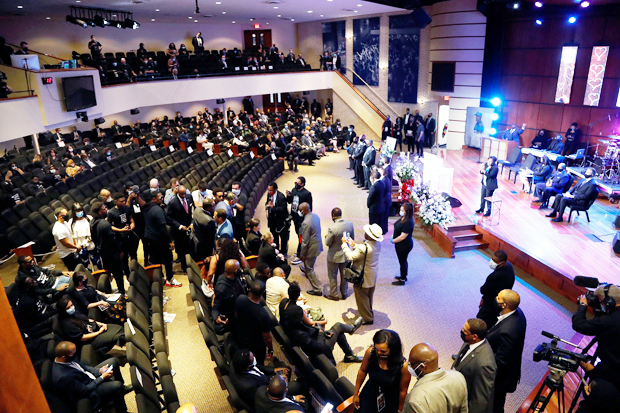 As millions across the globe mourn George’s loss, another life taken by police brutality and excessive force, more plans are being made to remember him and pay tribute to his life. Another memorial service, this one private and closed to public, prying eyes, will be held in Raeford, NC, on June 6. Although the service will be private, Hubert Peterkin, the sheriff of Hoke County, did stipulate that there will be a public viewing from 11 am – 1 pm. The private memorial service will begin at 3 pm.

Sheriff Peterkin also stipulated in his message to the public, “I’m asking on behalf of the Floyd family those who plan on attending the viewing to be respectful to the sensitivity of the family’s time of grief. The memorial is about the life that Mr. George Floyd lived and this is a time to embrace the family with expressions of love and kindness.” He also asked that those attending wear a face mask due to COVID-19 concerns and that protests would not be allowed. 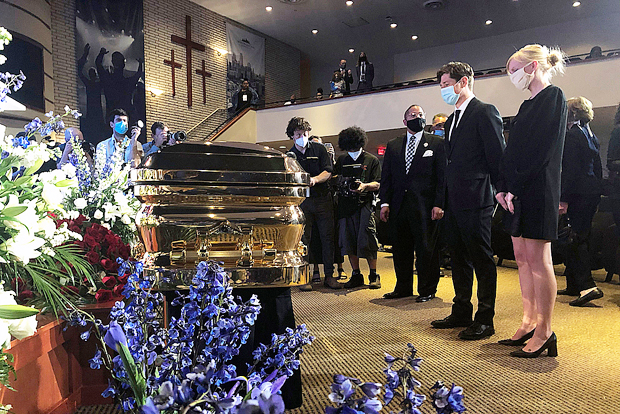 Finally, a service for George in his hometown of Houston was planned for June 9. There, George’s family is expected to gather, just as they did when they marched with protesters on June 2. George will have his final resting place at the Houston Memorial Gardens Cemetery in Pearland. Among those who will attend the event, presumptive Democratic nominee Joe Biden will be among those paying their respects to George and his family. The memorial is reportedly a ticketed event with more details to follow. 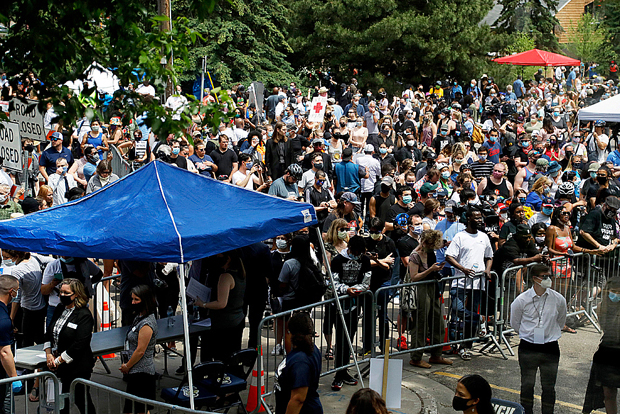 After George’s untimely death, millions across the globe came together in solidarity with the Black Lives Matter movement. Celebrities and public figures began using their platforms to speak out against police brutality and systemic racism, with rallies and protests held everywhere from Los Angeles to London and beyond. Famous faces like Ariana Grande, Harry Styles and Keke Palmer marched alongside protesters in LA, while Star Wars actor John Boyega made an emotional speech in London’s Hyde Park on June 3.

Figures like Beyonce and Former President Barack Obama used their platforms to ask citizens to stay focused and find ways to support the movement. President Obama, specifically, reminded citizens the power of voting, as primaries continue across the country, leading up to the November election for the next President of the United States. During this fractured time, many are trying to find ways beyond marching to lend their aid and their voice; as such, HollywoodLife recommends resources you can find here in order to become a part of the solution and pay tribute to George Floyd, gone too soon.