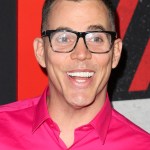 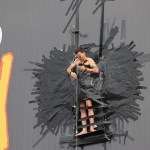 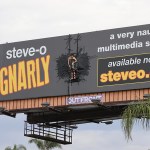 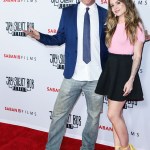 Steve-O’s gonna Steve-O. While on the ‘Hot Ones’ season finale, the ‘Jackass’ star wound up screaming in pain after dumping some fiery hot sauce onto his eyeball.

Honestly, was anyone expecting Steve-O not to do something insane during the season 14 finale of Hot Ones? The 46-year-old Jackass alum chatted with host Sean Evans, and at the conclusion of the episode (posted Apr. 15), Steve-O decided he wanted to end things with a bang. “I want everyone to know that this ‘Steve-O’s Hot Sauce For Your Butthole’ is available on Amazon as well as Steveo.com, and it is — delicious,” he said, before chugging most of the bottle. That wasn’t dangerous enough for Steve-O because he then poured a huge glob into his eye.

“That last bit was really unnecessary,” shouted Steve-O, as the agony of having hot sauce in your eye coursed throughout his body. The stunt left Steve-O screaming and host Sean cringing. “It got RIGHT in there,” shouted Steve-O before grabbing a glass of milk to douse out the pain. What is impressive is that Steve-O managed to get in all his plugs – for his Steve-O Wild Ride podcast, his YouTube channel, and his Gnarly comedy special – while in the throes of hot sauce-induced hell. Thankfully, a post-credit scene showed that Steve-O was okay (though the set was trashed.)

This was Steve-O’s second time on Hot Ones. He appeared in Season 4 in 2017. During this time around, Steve-O shared the story of him getting “the worst beating” of his life. Steve-O and Chris Pontius appeared on the Oct. 16, 2006, edition of WWE’s Monday Night Raw to promote Jackass Number Two. They were in the ring when they were confronted by “The Samoan Bulldozer” Umaga. “The big move was to have Umaga climbing on the top rope, diving off, and just body slamming me as I lay on the ground there. The thing is, the WWE — the match isn’t over as long as you’re still reacting — you kind of have to play dead. And I did not play dead,” he said, per TooFab.

The issue is that Steve-O continued to react after Umaga delivered the top-rope splash, and the WWE Superstar “felt disrespected” that Steve-O didn’t sell the fatality of this move. So, Umaga dropped an elbow that knocked Steve-O out. “And prior to shooting “Jackass 4,” I argue perhaps the worst concussion I ever had,” he said. “It was some serious head drama, man. I was beaten into a blackout.”

This hot sauce incident comes months after Steve-O decided to get crazy with a thousand feet of duct tape. To promote his special, Gnarly, Steve-O had himself taped to a Hollywood billboard in mid-August 2020. “There is zero chance of me falling,” he captioned an Instagram Selfie of the stunt, “and it’s important to me that we not waste any valuable city resources on this. I’m happy to just hang out, and really want the world to know about this project I worked so hard on. It’s called Gnarly and, If you’re over 18, check it out at steveo.com!”