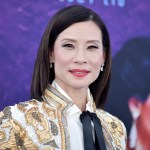 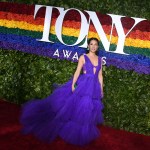 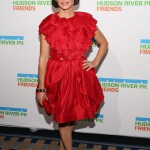 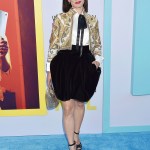 Lucy Liu is using her voice and influence to bring about change for the Asian-American community, and explains how that starts with getting out the vote.

Lucy Liu isn’t staying silent. The Elementary actress, 52, explained in a new interview that she once vowed to stay apolitical due to her role as a UNICEF ambassador. But no more. Lucy is using her fame to speak out about the surge in Asian-American hate crimes in the United States and affect real change. “I’m willing to do that because I don’t want other people to feel unsafe. I want some of the people who think this is okay to know that this is not okay,” she told Women’s Health.

She’s especially passionate about voting. The Charlie’s Angels star said in the May 2021 issue that she hopes her voice “can help influence people to go out and vote,” adding that Asian Americans historically don’t vote at the same rate as white Americans. For example, in New York, where Lucy lives, Asian-Americans made up 7% of voters in November 2018, per the Pew Research Center. White voters made up 62%. “We don’t think our voices matter, and they do,” Lucy said.

Lucy called the acts of violence against Asian Americans, including the mass shooting in Atlanta that killed six women, “terrifying” and “outrageous.” She believes that the hate crimes, spurred by ignorance about the COVID-19 virus, “prove, without a doubt, that words matter. The seed has been planted through thoughts and words that give people permission to act out their frustrations and anger. People who use [racist] words, or who don’t use their words to protect other people, are complicit—regardless of what side or color you represent in the political atmosphere.”

She admitted that she’s sometimes afraid to go out with her five-year-old son, Rockwell, in NYC, where there have been multiple incidents of violence against Asian-Americans in the past month. “I don’t feel relaxed enough to take my son out without having a plan,” Lucy told the mag. “I was born and raised here. I chose to live in a cosmopolitan place because I feel safer in it. These attacks have really created a vulnerable feeling, not just for me but for so many other people.”