Beyonce and her oldest daughter, Blue Ivy Carter, 9, looked like twins when they were the same age! Tina Knowles took to Instagram on April 3 to share an adorable throwback snap of the Grammy winner when she was in elementary school. “Missing my beautiful baby this morning ? at Saint Mary’s looking like I “i might look like a little Angel but I got something up my sleeve,” she captioned the photo, which showed Bey in a school photo wearing a white collared top, plaid overalls and an oversized black bow in her hair. She offered the camera a sweet smile and had a cheeky expression on her face. Oscar winner Viola Davis commented, “Wow!!!! I thought this was Blue. Beautiful pic,” while another fan wrote, “Is this Beyoncé or Blue?”

The post came a few days after the mother-daughter duo enjoyed some one-on-one time during lunch at Nobu Malibu. They were photographed getting into their car after the sweet lunch date, and Blue looked so grown up with pin straight hair. Fans, who were used to seeing Blue with her curly hair in braids or swept back into an updo, were so surprised to see it styled straight and parted in the middle.

It’s been a busy few weeks for the Carter family, with both Bey and Blue winning big at the Grammy Awards back on March 14. Blue won her first-ever Grammy Award for Best Music Video as she was featured on her mom’s “Brown Skin Girl,” which took home the top prize. Meanwhile, Beyonce won FOUR awards at the show, bringing her total Grammy wins to 28 and setting the record for the most that ANY artist has ever won. 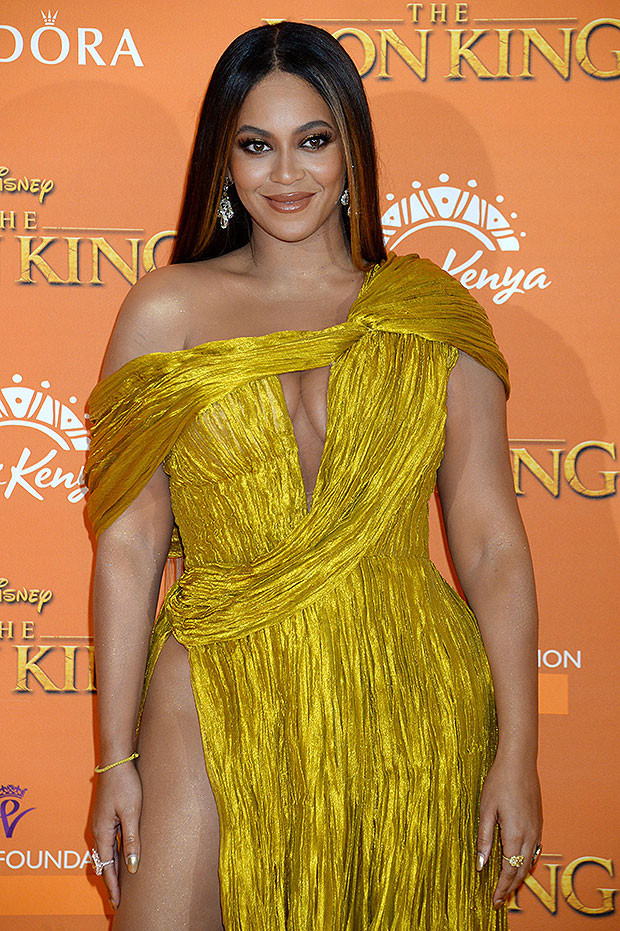 Due to COVID-19 restrictions, attendance at the Grammys was limited to artists and their teams, so Blue couldn’t join her parents for their date night at the show like she has in the past. However, she did take pictures with her award after the ceremony, which Beyonce shared on social media. What a little superstar!