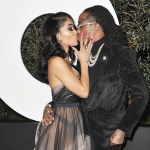 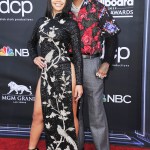 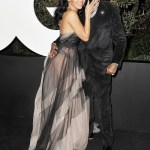 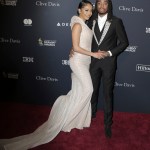 Saweetie now claims that the physical altercation between her and Quavo inside of an elevator wasn’t the reason the two broke up.

UPDATE (Apr. 04, 2021): “The department is aware of the video and trying to make contact with the parties involved to determine what occurred,” a spokesperson for the Los Angeles Police Department said in a statement to HollywoodLife.

ORIGINAL STORY: Saweetie and Quavo‘s explosive fight inside of an elevator isn’t the reason that the two split up, according to the “My Type” rapper. “This unfortunate incident happened a year ago, while we have reconciled since then and moved past this particular disagreement, there were simply too many other hurdles to overcome in our relationship and we have both since moved on,” Saweetie — real name Diamonté Quiava Valentin Harper — told TMZ on Apr. 1.

ORIGINAL STORY: The two were seen on surveillance video getting into it over a Call of Duty suitcase. Eventually, Quavo grabbed the suitcase from his then-girlfriend, and she was pushed to the floor in the process. The altercation occurred in 2020.

Split speculation began on Mar. 18 when the pair stopped following each other on Instagram. Saweetie confirmed in a Mar. 19 tweet that she and Quavo were done and and hinted that the Migos member had been unfaithful. She wrote, “I’m single. I’ve endured too much betrayal and hurt behind the scenes for a false narrative to be circulating that degrades my character. Presents don’t band aid scars and the love isn’t real when the intimacy is given to other women.” She later added, “I emotionally checked out a long time ago and have walked away with a deep sense of peace and freedom. Excited for this new chapter of elevation.”

I’m single. I’ve endured too much betrayal and hurt behind the scenes for a false narrative to be circulating that degrades my character. Presents don’t band aid scars and the love isn’t real when the intimacy is given to other women.

Quavo in response clapped back in his own tweet reading “I know you want to make this into a show so I’ll play my part just this one time. I don’t normally put my business out there, especially my personal life. I feel the need to address this so there are no false narratives. I had love for you and disappointed you did all that. You are not the woman I thought you were. I wish you nothing but the best.”

The pair first came out as a couple in Sept. 2018, attending New York Fashion Week shows together. Their romance was filled with the two lavishing expensive gifts upon each other, including when Quavo have Saweetie two rare Hermes Birkin bags for her 27th birthday during a July 2 birthday bash. But as Saweetie claimed, those were just “band aids” to bigger issues in their romance, which seemed to be infidelity.