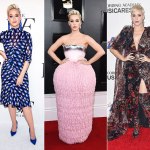 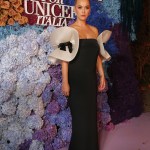 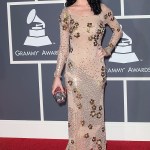 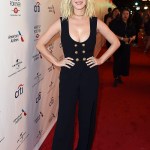 In the middle of an ‘American Idol’ episode, Katy Perry randomly brought up working with Taylor Swift, and fans think a collab is coming.

Fans think that Katy Perry and Taylor Swift may be cooking up a red-hot collaboration after a comment that Katy made during the March 22 episode of American Idol. During the pre-taped episode, Katy turned to her fellow judges, Luke Bryan and Lionel Richie, and randomly said, “Can you imagine if Taylor and I work together, what we could do?” It didn’t seem to have anything to do with the performance the judges just saw, and fans totally think it’s an Easter egg for something that the ladies have brewing.

"Can you imagine if @taylorswift13 and I work together… what we could do?" – @katyperry

Taylor is currently in the process of re-recording her first six albums, and recently released a snippet of the new version of the song “Wildest Dreams” from her 2014 record 1989. That album also includes the track “Bad Blood,” which Taylor famously wrote about her past feud with Katy. Now, fans are wondering if the re-recorded version of “Bad Blood” will feature Katy singing, as well, since the ladies have since made amends.

If this is what’s happening, though, it might be quite some time before we hear it. Right now, Taylor is focused on the re-release of Fearless, which comes out on April 9. So far, she’s released the full version of one re-recorded song, “Love Story,” from that record.

Although Taylor never explicitly said that “Bad Blood” was about Katy, fans put two and two together based on interview snippets from 2014. Taylor explained that the song was about someone who almost “sabotaged” her entire tour by “trying to hire a bunch of people out from under [her].” After some sleuthing, fans uncovered that some of Taylor’s dancers for her Red tour wound up quitting the show to work on Katy’s Prism tour, and the mystery was solved.

After a few years of growth, though, Katy and Taylor were able to put their differences behind them. When Taylor kicked off her Reputation tour in 2018, Katy sent her a literal olive branch as a gift. In 2019, Taylor invited Katy to star in her video for “You Need To Calm Down,” and they hugged it out to prove that their drama is just a thing of the past.