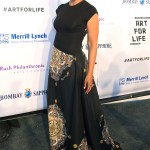 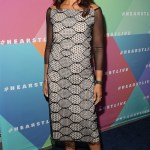 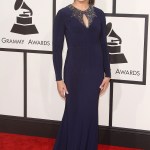 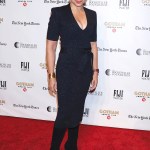 Soledad talks structural racism ahead of the finale of her series, ‘Disrupt & Dismantle.’

When it comes to race and racism in America, Soledad O’Brien has never been one to shy away from complex and uncomfortable conversations. So, it should be no surprise that the host of BET’s Disrupt & Dismantle has something to say about Sharon Osbourne’s heated discussion about race that led to The Talk being put on hiatus.

“I thought the conversation with Sharon Osbourne was an interesting one, which was, are you giving cover for people?” the 54-year-old tells HollywoodLife during an interview about her docuseries. “You have a friendship with someone who says nasty things. That’s a very fair question. How do you feel about that? And she yelled at her co-worker, ‘Educate me. Educate me…’

“I don’t know. Is that her Black colleague’s job to educate her or, Sharon Osbourne’s been on the planet for 70 years, maybe she should educate herself…”

Of course Soledad is referring to Sharon’s March 10 on-air clash with her Talk co-host Sheryl Underwood. During the conversation the defensive 68-year-old Brit demanded that the African-American comedian “educate” her about what journalist Piers Morgan “uttered that’s racist” amid his negative comments about Meghan Markle.

It’s conversations like this one – about implicit and explicit bias, the prejudice that manifests itself as a racial slur versus structural racism – that Soledad is here for. And, in Disrupt & Dismantle she has been very adept at exploring societal racism through themes, facts and in-person, compelling interviews. So far, the series has tackled subjects like environmental racism, land loss and policing. This week it’s maternal and infant mortality.

“I think sometimes the shocking thing is really the data, which I’ve sort of known because I’ve covered this for a long time,” Soledad says. “But, when you realize that, for every mother who dies in childbirth who’s White, there are four Black women who die in childbirth, that’s craziness. In America. In 2020. Those are modern day statistics. We’re not talking about the late 1800s.”

The point of Disrupt & Dismantle is to – not just explore structural racism – but show how policies in the past have a direct impact on the Black community today. It’s something that BET pushed for when she pitched the series to them through her production company. “They didn’t want us to just say, ‘Hey, you know redlining was terrible.’ They wanted us to really explain and connect the dots from what happened historically in various communities to what the person we were focusing on today was experiencing,” Soledad says.

While each episode explores an issue through case studies, it also shows viewers how to “dismantle the system.” “If we’re gonna call it Disrupt & Dismantle, you actually have to give people the roadmap of how you’re going to do it,” she says. For example, during the episode exploring Nashville, Tennessee’s “school to prison pipeline” Soledad highlighted the work of the non-profit organization, Gideon’s Army, which aims to turnaround local troubled students.

Shining a forensic light on the Black experience is not new to Soledad. More than a decade ago the former CNN anchor did that with the network’s critically acclaimed series Black in America. Much has happened since the election of President Barack Obama and, with the death of George Floyd last year, she believes that the tone of the conversation has changed.

“Lots of organizations and companies are all trying to figure out, not just diversity,” Soledad says. “’Hey, we have one Black guy, one Asian guy, one White lady and we feel like we’re covered diversity…’ But, what are the values of this organization? How do we tell stories? Whose voice do we elevate? Who’s behind the scenes..? How do we deal in communities? And that’s a big shift.”

While diversity is important, Soledad doesn’t think those of us who want real change should get distracted. For example, when asked to comment on the diversity of President Joe Biden’s cabinet, she flags up a “far more important conversation.” Voting rights.

“Voting rights matter,” she says, referring to the Voting Rights Act and the issue that’s top of Democrats’ mind. “You can’t get distracted by the representation part and miss the bigger conversation about representation, which is, if people’s rights are structurally denied then it doesn’t matter what it looks like because, in the big picture, you’re going to fail in your ability to represent all of America, fairly and justly and equitably.”

And Soledad would much rather be having that “more challenging, more complicated” conversation than the one about “the lady in Wal-Mart screaming the N-word” or right-wing uproar over Dr. Seuss books.

The final episode of Disrupt & Dismantle airs on March 24 at 11pm ET/PT on BET and BET Her.