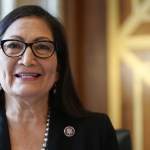 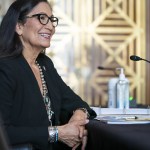 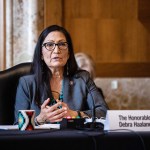 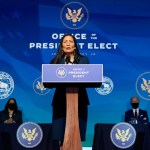 Rep. Deb Haaland made history again after the Senate confirmed her as President Biden’s secretary of the Interior. Here’s what else you need to know about her.

Rep. Deb Haaland (D-NM) is up for a new challenge. After becoming one of the first Native American women ever elected to the House of Representatives, Halland is now the United States’ first Native American cabinet member. Haaland, 60, will serve as President Joe Biden‘s Interior Secretary — and she has in front of her four years of damage to reverse. Here’s five things you should know about Secretary Haaland has she begins her new role.

1. Haaland Became Secretary Of The Interior On Mar. 15

The Interior Department oversees 500 million acres of public land in the United States, federal waters off the coastline, and the protection of endangered species. “A voice like mine has never been a Cabinet secretary or at the head of the Department of Interior,” Haaland tweeted in December. “Growing up in my mother’s Pueblo household made me fierce. I’ll be fierce for all of us, our planet, and all of our protected land.”

2. She Was One Of 1st Two Native American Women Elected To Congress

3. She Is A Member Of The Pueblo Of Laguna Tribe

Haaland is a 35th generation New Mexican and an enrolled member of the Laguna Pueblo, a tribe of Native American Pueblo people in west-central New Mexico. Her mother, Mary Toya, was Laguna (father John David Haaland was Norwegian Minnesotan). According to the latest census results, 6758 people in the United States reported being Laguna, and 8358 people reported being Laguna “either exclusively or in combination with another group.” Other famous members of the Laguna tribe include author Leslie Marmon Silko, poet and activist Paula Gunn Allen, and artist Michael Kanteena.

As part of her duties as Interior Secretary, Haaland will assume control of the Bureau of Indian Affairs and the Bureau of Indian Education, allowing her to address the needs of the roughly five million Native Americans in the US. “You’ve heard the Earth referred to as Mother Earth,” Haaland said at her confirmation hearing. “It’s difficult to not feel obligated to protect this land. And I feel every Indigenous person in the country understands that.”

And that’s what scares Republicans so much. Senate Minority Leader Mitch McConnell (R-KY) said that confirming Haaland as Interior Secretary “would be voting to raise gas prices for families who are already struggling, to raise fuel and heating bills for seniors on a fixed income, to take the tough times we’ve been going through and make them even tougher.”

Former oil lobbyist David Bernhardt led the Interior Department under Trump and facilitated a staggering number of rollbacks of environmental regulations. The administration opened up protected lands and waters to use for drillings and mining, and stripped animals of their endangered status. Haaland is expected to immediately jump into halting drilling, reinstating the old wildlife conservative policies, and approving use of wind and solar power to public lands. Biden emphasized tackling climate change as part of his presidential agenda; Haaland is now in charge of helping that happen.

5. She Once Ran A Salsa Company

A struggling single mother putting herself through college, Haaland started Pueblo Salsa in 1995. “I didn’t want to put my daughter in day care and have a regular 8-to-5 job, so I started my company and was able to take my daughter with me wherever I went,” she told Albuquerque Journal in 2018.