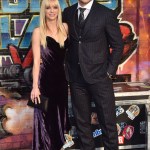 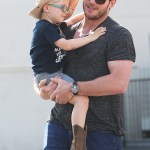 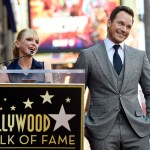 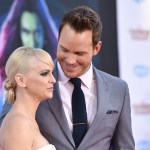 During a Q&A with Gwyneth Paltrow, Anna Faris opened up about what went wrong in her first two marriages.

Anna Faris isn’t ashamed to admit that her quality of competitiveness isn’t always the best for relationships. Anna had Gwyneth Paltrow on as her guest for her Unqualified podcast this week, and the ladies talked about their past failed marriages. “My two other marriages were with actors and I don’t think we did a great job at eliminating competitiveness,” Anna admitted. “Or at least, I didn’t, being a proud person and not wanting to reveal that vulnerability.”

While Anna is now engaged to cinematographer Michael Barrett, she was previously married to Ben Indra and Chris Pratt. Of her past marriages, she added, “Any hint of competitiveness or comparison, I didn’t handle that well very well, I don’t think. And I hope I’ve grown from that.”

Anna and Ben started dating after meeting on a movie set in 1989. They tied the knot in June 2004, but Anna filed for divorce less than three years later. She met Chris in 2007 on the set of Take Me Home Tonight, and they got engaged in June 2008. After getting married in 2009, Anna and Chris had a son, Jack, who was born in August 2012. They shocked fans when they split in Aug. 2017, and the divorce was finalized a year later.

Meanwhile, Gwyneth, who was married to Chris Martin from 2003 until 2016, also took ownership for her part in her past failed relationships. “I really, for a long time, was choosing men and trying to work s*** out with them that I had no business trying to do in a romantic relationship,” she admitted. “It was work I needed to do myself. In a divorce, I learned so much from something I wanted least in the world. I never would have wanted to not be married to the father of my kids, theoretically. But I have learned more about myself through that process than I could have imagined.”

Now, Gwyneth is married to Brad Falchuk, who she wed in Sept. 2018, while Chris has been in a long term relationship with Dakota Johnson. Anna’s ex, Chris, has also moved on — he married Katherine Schwarzenegger in 2019, and in 2020, they welcomed their first child together.