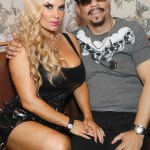 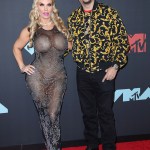 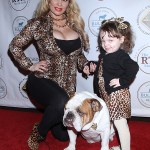 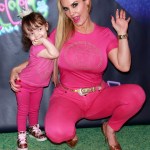 Coco Austin left little to the imagination with her latest Instagram video! The model showed off her amazing curves in a barely-there, sheer dress while out in the snow!

Coco Austin claims TikTok removed a video of her wearing a sheer dress and fur boots.  So, what did she do? The model, 41, took to Instagram to share the same clip, because a sexy moment like this can’t be hidden — [TAKE A LOOK].

Coco, who’s always been an advocate of body positivity, flaunted her curves while standing in a few inches of snow. She stood tall in a pair of white fur boots that nearly blended in with the wintery outdoor setting. Coco’s tiny black thing was visible under the skin-baring number. Additionally, the reality star rocked a black fur hat and a fiery red lip in the clip.

“So TikTok took this video down.. I guess too much skin,” Coco captioned her post, which was shared on March 10. “Oh well, on to the next video,” she added, clearly unfazed by the social media mishap. The mother of one — who shares 5-year-old daughter Chanel, with Law & Order: SVU star Ice-T — also answered fans in the comments.

In response to an Instagram user who wrote, “Might as well just go naked, this lil number here kinda defeats the purpose,” Coco replied: “I like to surprise people every now and then… I like to walk the fine line.” Her barely-there black dress proved the latter to be true, and we’re not complaining.

As Coco noted in her caption, she’s already onto creating her next video. The former Playboy model enjoys keeping her fans entertained with fun clips showing off her fashion, beauty tips and home life with her husband and their adorable bulldogs.

Back in 2018, Coco told HollywoodLife that the key to her successful marriage with Ice-T is strong communication. “You think there’s some magical word here, but the thing is, you constantly grow no matter what age you are, and if you’re not communicating every day, you’re going to grow away from each other,” She said, explaining, “But, if you’re communicating every single day, and you’re on the same page, you’re going to grow as one.”