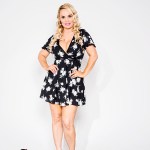 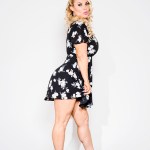 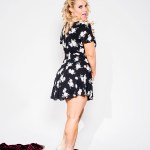 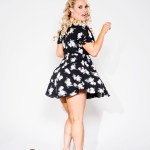 Coco Austin & Ice-T have shown their love & dedication to each other throughout their 18 year marriage. Coco spoke to HollywoodLife.com about how the two make it work, and the one secret to their ever after!

Coco Austin and Ice-T are just like any other couple, they have their fights and ups and downs, but at the end of the day, they come together and work it out. It’s admirable, especially with all of the devastating divorces that have plagued Hollywood this year. In an interview on the HollywoodLife Podcast with Bonnie Fuller, Coco opened up about her relationship with Ice, and revealed the secret to making it last! “It’s really cheesy, and it really works, and it’s communication. It really is communication,” Coco said, while promoting her upcoming special on WeTV, David Tutera’s Celebrations. “You think there’s some magical word here, but the thing is, you constantly grow no matter what age you are, and if you’re not communicating every day, you’re going to grow away from each other. But, if you’re communicating every single day, and you’re on the same page, you’re going to grow as one.”

Coco’s advice is evident in the preview for the Aug. 17th episode of David Tutera’s Celebrations, during which the celeb event planner takes on the task of planning the baby shower for Coco and Ice’s firstborn, Chanel. While this was filmed three years ago, before Chanel blessed us with her adorable presence, it’s not hard to tell that Ice and Coco’s relationship is stronger than ever! “We found a way to constantly talk, even if it’s bad or good. If we’re in a group setting, and I don’t like something he says, I wait until I get home, behind closed doors and I bring it up. You don’t bring it in front of anybody, you don’t show that weirdness with anybody around, even your friends,” Coco added. “You got it off of your chest, and now you can heal from whatever is going on inside of you. I’m always a positive person because if you hold on to all the negativity, you’re going to have the worst life ever because you are making yourself go through that. You’ll live more of a peaceful life if you forgive.” We love that advice!