Baywatch star Pamela Anderson, 53, has called into a British morning show while still in bed with her bodyguard turned husband Dan Hayhurst. The actress, who tied the knot with Dan on Christmas Eve 2020, surprised the hosts of Loose Women on February 19 when she appeared via video chat with her new beau. Nadia Sawalha introduced the couple, explaining that the pair had a very whirlwind mid-pandemic romance. One of the hosts joked, “Pamela, to quote you, you have said in the past ‘in the arms of the man I love is exactly where I should be.’ I didn’t think we were actually going to see you in the arms of the man you love.”

Pamela Anderson doing an interview on #LooseWomen from her bed completely unprepared is peak 2021 energy pic.twitter.com/AalNbEOJJt

Pamela replied, “We haven’t left [our bed] since Christmas Eve,” before opening up about her new hubby, and the fact they met when he was working on her property. “I’ve been home for the last year and a half renovating. It’s a gorgeous piece of property. And Dan and his kids are living here, too. We’re having a good time,” she said.

The blonde beauty also spoke about hosting a wedding amid the COVID-19 pandemic. “We prefer to be by ourselves but it would have been nice to have some people here,” she began. “Our witnesses were the First Nations people who came to do our blessing and get rid of our demons.” The couple’s hilarious set-up left fans confused, with one even calling it “peak 2021 energy”. 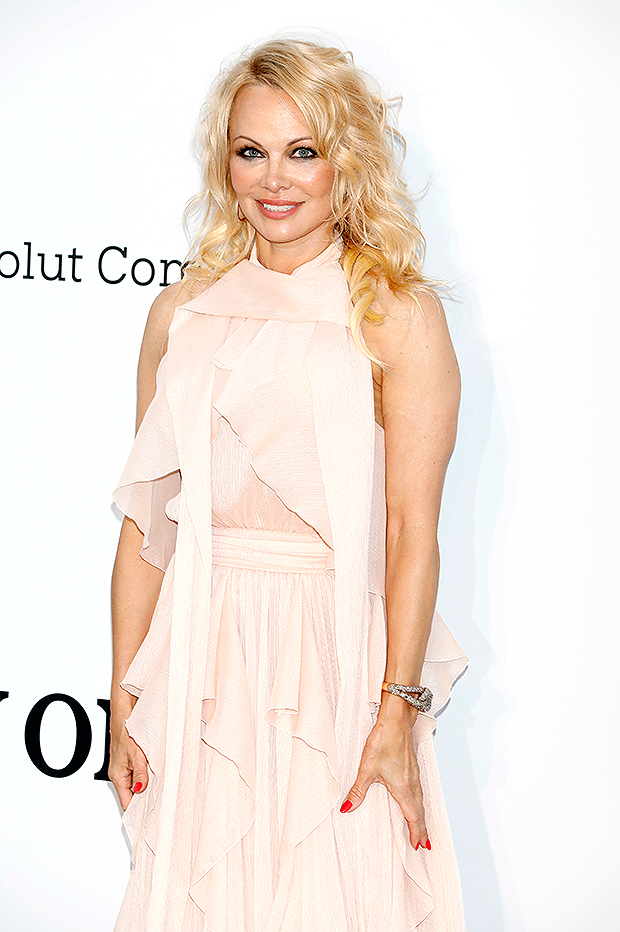