Chris Brown‘s adorable mini-me son Aeko Catori Brown has a bright future ahead of him in front of the camera. The cute one-year-old looked like a total pro when he posed for some new snaps taken by mom Ammika Harris. The model appeared to be passing on some of her skills to the toddler, when she shared a series of pics to Instagram on February 18 — see the photos here. Little Aeko rocked a green zip-up sweater adorned with a monogrammed pattern of the letter “G”. Adding to the suave look, he wore gingham pants, and looked seriously stylish! 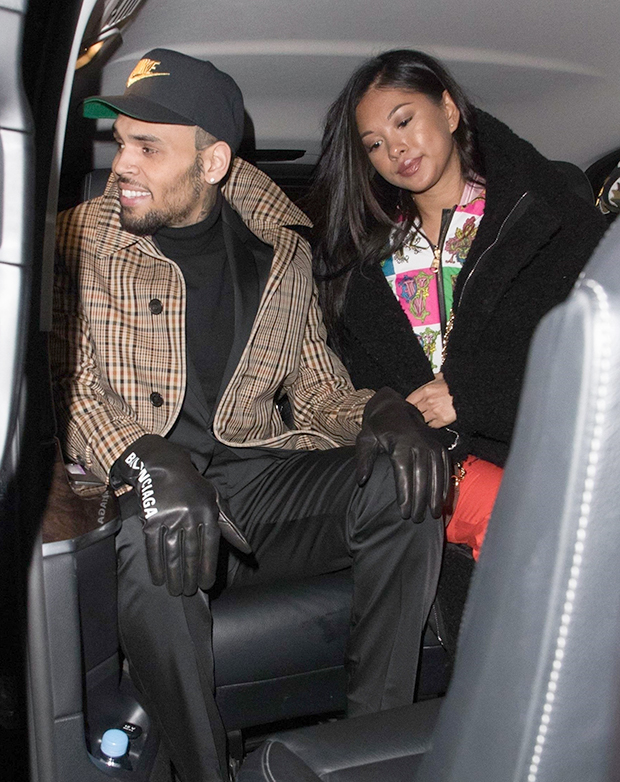 “Sir Brown,” Ammika captioned the photo simply. The son of Ammika and Chris posed in front of a white studio backdrop, as he looked at the camera with his huge brown eyes, and combed his dark tresses back off his face. “He’s a handsome baby,” one fan commented, while another wrote, “He is so perfect.” It comes just a couple of weeks after Ammika shared a clip of Aeko appearing to attempt to sing — just like his dad!

She took to social media to share a video of the chatty toddler, as she playfully compared her son to a “baby goat.” Her mini-me wore a printed blue tee and made a series of adorable sounds while his proud mom laughed into the camera. Could he be a singing and modeling prodigy? Since welcoming her son — who celebrated his celebrated his first birthday on November 20, 2020 — Ammika has given fans plenty of glimpses into little Aeko’s life, and he has very quickly become a little internet sensation. Not only do his parents love to share candid photos and videos of the little tot, but Chris’ mom, Joyce Hawkins also loves posting cute snaps of her grandson.