At 28-years-old, Miley Cyrus is finally living the single life and is perfectly happy without a parter. Six months after her breakup with singer Cody Simpson, 24, and a nearly 10 year relationship and eight month marriage to actor Liam Hemsworth, 31, before that, she’s thrilled to be able to do whatever she wants, when she wants. Miley crafted an Instagram post around her romantic freedom on Feb. 9.

Miley shared this video from when she starred on the Disney Channel’s Hannah Montana as a teenager, where her character declared, “I have no problem not having a boyfriend!” Then she flash forwarded to her Super Bowl TikTok Tailgate show on Feb. 7, 2021 where she revealed, “I’m single now you know. After Covid, I’m ready.” 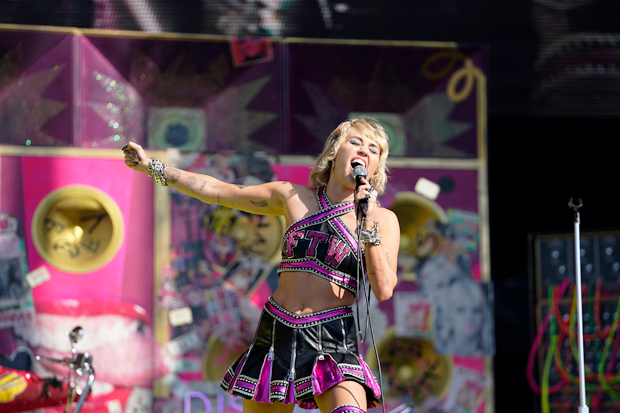 In the caption the “Midnight Sky” singer wrote, “Man. Being single sucks. All I ever do is WHATEVER THE F*CK I WANT! Bahabahahahahabahahhahaha!” Her sister Brandi, 32, loved the post, writing “LOL” in the comments. Several fans commented “feel you,” about being glad they’re not tied down to anyone as well.

Miley — who identifies as pansexual and has had relationships with both men and women — had such a whirlwind of relationship drama in 2019 that it must be nice to be single. She was photographed kissing Brody Jenner‘s ex Kaitlynn Carter poolside in Italy on Aug. 9, 2019,  just eight months after she married longtime partner Liam. Twelve days later, Liam filed for divorce. Miley and Kaitlyn became an item for a hot minute, before the “Prisoner” singer began dating Cody in early Oct. 2019, when they were first spotted making out at a health food bowls cafe in L.A. 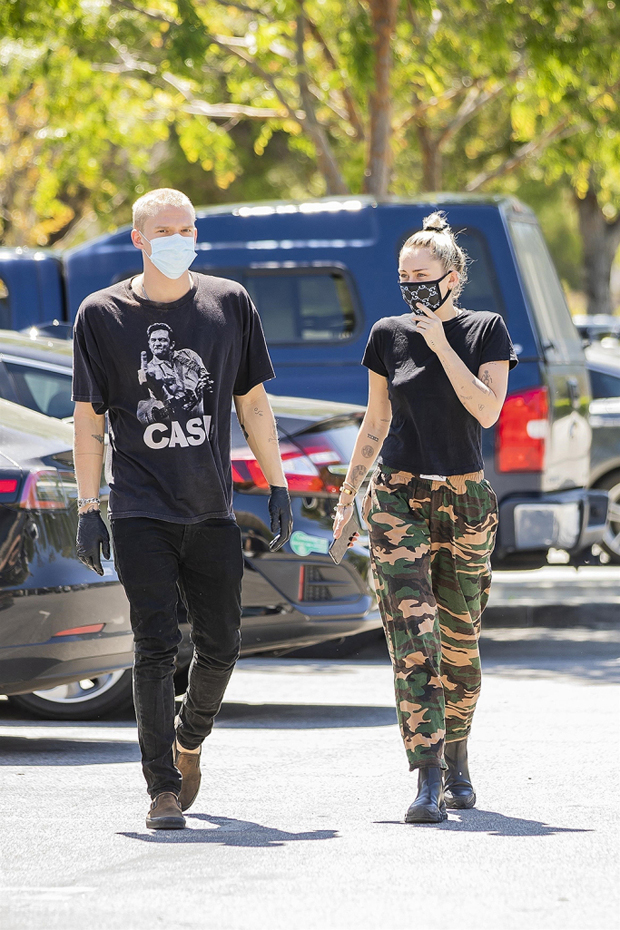 Miley confirmed the news of a split with Cody during an August 13, 2020 Instagram Live session with fans. “It came out that me and my boyfriend have broken up,” she shared during the session. “Like everybody else at this age, we’re just deciding who we want to be with our lives, what we want to do with our lives. And so, don’t make it some drama story if next week, we’re out, hanging out and getting pizza. We’ve been friends for 10 years, and we’re going to continue to be friends. Just don’t make it something that it is not.” Five months after their split, Cody began dating model Marloes Stevens.

In a Dec. 2020 appearance on Howard Stern‘s SiriusXM show, Miley revealed she was up for romance again if the right person came along. “I love people, I love who I love, I’ve had relationships with all genders and I’m down. Right now I’m kind of in the mood for some D, but I’m down for whatever, honestly.”