Did Adam Levine just take credit for setting up Gwen Stefani and Blake Shelton?The Voice coaches all teamed up for a hilarious new Super Bowl commercial for cell phone giant T-Mobile, that depicts the couple’s first date. Gwen and Blake, who surprised fans with their engagement in October of 2020, went public with their romance in late 2015.

The 60-second spot opens with a single Gwen telling the Maroon 5 frontman, via FaceTime, that she’s ready to start dating again. But, she’s “sick of LA guys” and wants “someone completely different — maybe from another country, somebody cultured and sensitive, who’s not threatening by a strong, confident woman.” 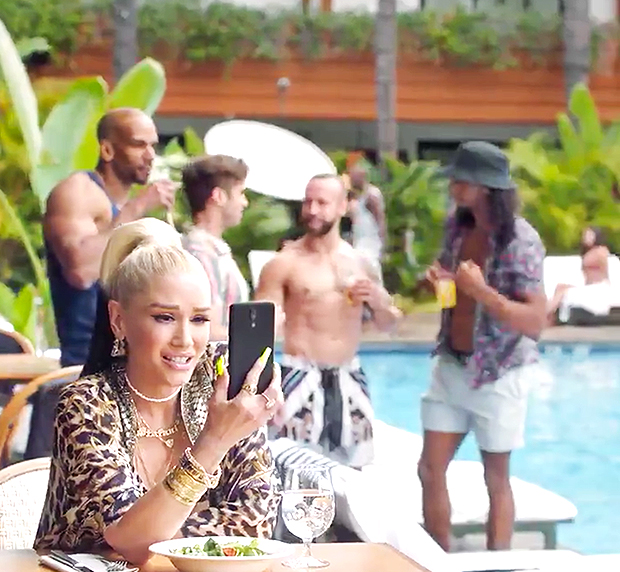 However, the “spotty network” causes Adam to only her Gwen say: I’m sick of all the guys, I want somebody country, uncultured and who’s threatened by a strong confident woman.” Adam, who’s best friends with Blake — a certified country boy and Oklahoma native — instantly thought of his friend. Meanwhile, Blake joins Adam at a diner, where he sings with joy as he carries the duo’s nachos and Ewings to the table. “I’ve got your guy,” Adam assures Gwen, who’s sitting poolside in a cheetah outfit. 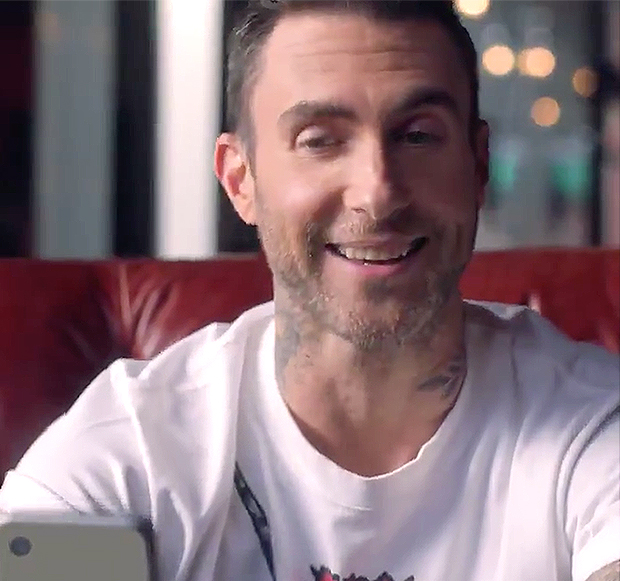 Adam went on to set up his fellow Voice coaches, who were more than surprised (and confused) to see each other on their blind date. When Blake approached the table, dressed in his country try best, Gwen said: “Oh my God, hilarious, like no,” Gwen said, to which he replied, “What do you mean?” The former No Doubt singer then noticed the country crooner’s cowboy boots, which had large metal spikes on the back of each boot, and asked, “Are you wearing spurs? Did you ride a horse here?”

Blake hilariously replying with, “Yeah!”, as if Gwen should’ve known such a thing. The commercial ends with him asking Gwen if she needs a ride home and she reacts with a flirty grin.