Kim Kardashian, 40, and Kanye West, 43, are very much living life on their own terms. While the couple have yet to publicly acknowledge marriage troubles or the reported split, a source close to Kim and Kanye says they are still spending much of their time apart. “Kim and Kanye are doing fine living their separate lives. They’re communicating little but not as much as one would think,” an insider spills to HollywoodLife EXCLUSIVELY.

Kim has been spending the majority of her time in California at the couple’s $60 million Hidden Hills home, while Kanye has seemingly been at his Wyoming property for months. “They say whatever they need to say [to each other]. There’s nothing going on in that department. She’s in LA, trying to keep the kids’ lives as normal. It’s a sad situation,” the source notes, referencing their four kids North, 7, Saint, 5, Chicago, 2, and Psalm, 1. 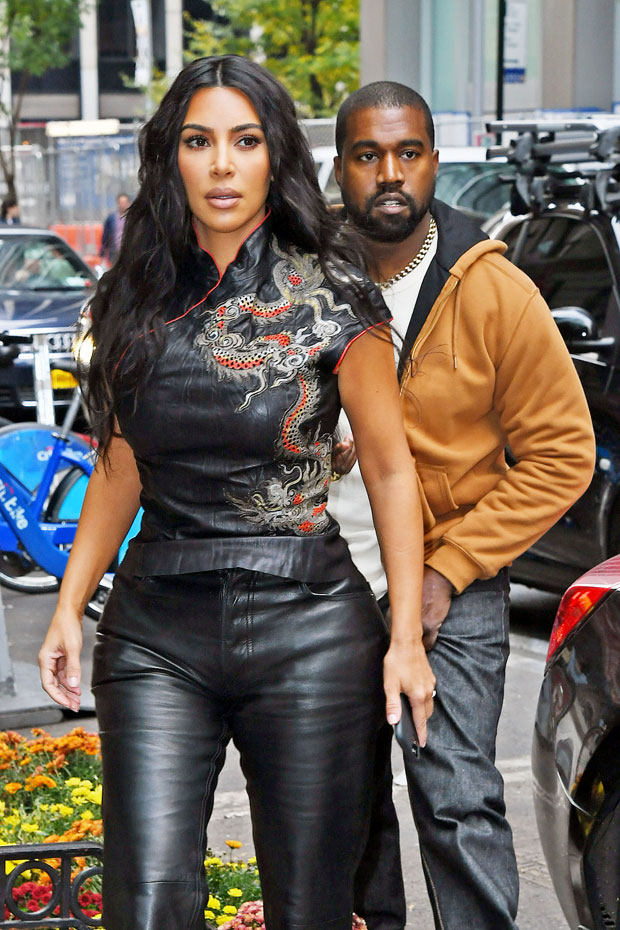 The SKIMS founder has escaped to Palm Springs amidst swirling divorce reports, where sister Kourtney Kardashian, 41, also appears to be unwinding. “Kim has been in Palm Springs this week just to get out of LA and get some privacy. She got there earlier in the week,” our insider confirmed. Kanye has remained quiet on social media in recent weeks as he continues to live on his $14 million Wyoming property. He purchased the 9,000 sq. foot Monster Lake Ranch outside of Cody in Sept. 2019.

Kim and Kanye’s marriage appeared to be in question over the summer following Kanye’s presidential run. While Kim re-tweeted his announcement along with an American flag emoji, the Yeezus rapper later made some extremely controversial comments at a campaign event. “I almost killed my daughter…My girlfriend called me screaming, crying. I’m a rapper. And she said I’m pregnant. She was crying,” Kanye said at a North Carolina rally, reflecting on when they discovered Kim was expecting their eldest child. “Even if my wife were to divorce me after this speech, she brought North into this world, when I did not want to,” he also said at the event. Kanye later tweeted that Kim and Kris Jenner, 64, were trying to “lock” him up.

Days after, Kim took to social media with a statement about her husband’s mental state and struggles with bipolar disorder. “Anyone who has this or has a loved one in their life who does, knows how incredibly complicated and painful it is to understand,” the KKW Beauty founder penned. “Those that understand mental illness or even compulsive behavior know that the family is powerless unless the member is a minor,” Kim continued

Later, Kanye apologized for the comments to Joe Rogan. “People saw this clip of me crying and some people didn’t know what I was crying about. But I was crying about that there was a possible chance…that we…didn’t make the family that we have today. That’s my most family friendly way to word that,” he said, clearly still affected by the moment. “The idea of [abortion] just tears me up inside, that I was a part of a culture that promotes this kind of thing,” he added.