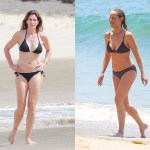 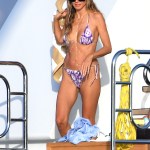 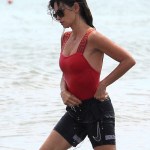 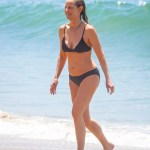 Christie Brinkley took to Instagram to celebrate the inauguration of President Joe Biden and called out the ‘swampy administration’ of Donald Trump as he finished his ‘shameful’ term.

Christie Brinkley was dressed to celebrate the inauguration of President Joe Biden and Vice President Kamala Harris! The stunning, ageless model, 66, took to Instagram on January 19 and shared a series of images of herself prancing along the beach in a strapless swimsuit. While the photos of Christie were super fun and flirty, the caption to her post was incredibly thoughtful.

“I’ve been counting the days till the sun would set on the failed [Donald Trump] debacle,” she began her caption. “America’s disgraced number one worst President of all time, leaves behind a wake of unprecedented Covid deaths… 403,000 souls, and hospitals full of suffocating illness, and a failed insurgency of misled, misguided people he exploited to cover up the fact that he lost the election,” she went on.

“80 million Americans came out to vote for [President Joe Biden] making trump the LOSER,” Christie said, without holding back. “You know the rest, as they say, is history, and the history books will not be kind to him, his entitled self serving [SIC] family, and his evil enablers in his swampy administration. His shameful legacy will be recorded right down to the last pardon. May we learn from the mistakes so they are never repeated.”

After calling out Donald Trump’s administration, she became far more happy and hopeful about the future! “So yeah, I’m dancing on the beach to celebrate the sun setting on his swamp and to the prospect of a bright new dawn, a new era where we build back better with equality, unity, hope, mutual respect, justice for all, and love, lots and lots of love,” she wrote. “And we celebrate our first female WOC Vice President [Kamala Harris]! I’m excited again! And it feels so good,” Christie ended her caption, adding a string of heart emojis in all shades of the rainbow!

Christie was just one of millions who were thrilled to see a brand new day in the United States of America. On January 20, President Joe Biden and Vice President Kamala Harris assumed the highest political offices in the country. The Biden/Harris administration is already hard at work, signing executive orders to rejoin the Paris Climate Agreement, roll back xenophobic Trump era policies, and begin working on a plan at the federal level to distribute the COVID-19 vaccine!