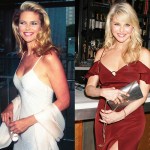 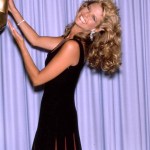 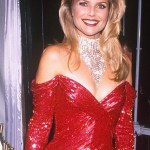 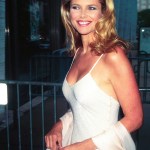 Let’s face it — only Christie Brinkley could look THIS good while bike riding! The model continued her warm weather vacation by biking through paradise in a little red dress.

Dresses may not be the most practical clothing for a bike ride, but at the beach, anything goes! Christie Brinkley, 66, slayed in a beachy red dress while enjoying a bike ride on her vacation. Of course, she posted a photo from the excursion on Instagram, where she’s posing next to her beach cruiser in the plunging mini, which she paired with matching flip flops.

Since the beginning of 2021, Christie has been living it up on a family vacation at the beach. She kicked off the year by revealing that she had a hip replacement ahead of Thanksgiving in November. The procedure was done to alleviate pain that Christie has had in her hip for years after surviving a helicopter crash in 1994. Throughout her current trip, she’s been working on her hip’s mobility by swimming, and is now apparently even adding bike riding to the mix!

Of course, there’s been a number of sexy swimsuit pics posted to Christie’s page during her winter getaway. In one series of photos, she wore a bikini top and high-waisted black shorts, along with a floppy hat, and posed for photos by the water. On another occasion, she rocked a strapless red swimsuit and wrap skirt to garden on the beach. She revealed that gardening is a “zen” activity for her, which she considers a form of meditation.

Throughout the trip, Christie has showed off photos of her son, Jack Brinkley-Cook, 25, and daughter, Sailor Brinkley-Cook, 22, who have joined her in paradise. It’s unclear who else is on the getaway with the family. Christie shares Jack with her third husband, Richard Taubman, and Sailor with her fourth husband, Peter Cook, who she divorced in 2008. Peter also adopted Jack after Christie and Richard’s split in 1995.

Additionally, Christie has a daughter, Alexa Ray Joel, 35, with her second husband, Billy Joel. Christie and Billy were married in 1985 and ended their relationship in 1994. The model was also married to Jean-Francois Allaux from 1973 until 1981.