Back together again! Michael B. Jordan and Lori Harvey were photographed getting off an airplane in Utah, marking their second vacation together in the last few weeks.

Michael B. Jordan, 33, and Lori Harvey, 23, are continuing to spend time together. Just over a month after they first sparked romance rumors, the two were spotted heading to Utah for an apparent New Year’s Eve getaway. Photos of the pair — WHICH YOU CAN SEE HERE — showed them bundled up while getting off a plane, with Lori leading the way and Michael close behind.

These two have yet to confirm their relationship status, and seem to be trying to keep a low-profile when it comes to their apparent romance. However, this is the second time they’ve been spotted out together. In November, just before Thanksgiving, they were photographed arriving in Lori’s hometown of Atlanta. Details of their trip were kept under wraps, but it was assumed that Michael was in town to spend Thanksgiving with Lori and her family. 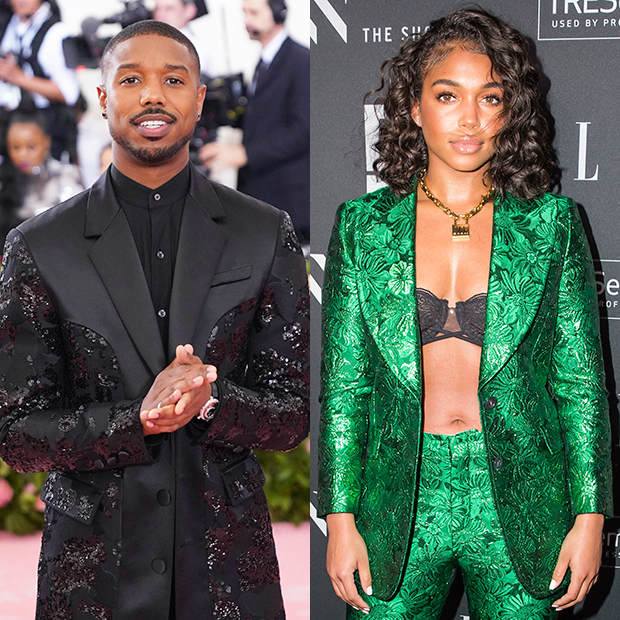 Lori, who is Steve Harvey’s stepdaughter, is no stranger to relationships with high profile men. She dated Future from Oct. 2019 until the summer of 2020. Although the two never verbally confirmed the relationship, fans could from Instagram pictures that they vacationed together a number of times. Lori was also at Future’s birthday party in 2019, and she spent New Year’s Eve with him last year. Plus, they weren’t shy about sharing pictures with each other on social media in general.

However, by August, it appeared that the two had split for good. Not only did they unfollow each other on social media, but they deleted all photographic evidence of their relationship from their respective pages. Before Future, Lori was also spending a significant amount of time with Diddy.

During the summer of 2019, they went on vacation to the Caribbean together, and Diddy joined Lori and her family for a trip to Italy, as well. Neither Diddy or Lori ever confirmed what was going on between them at the time. However, they were seen together on various occasions over a number of months.

Meanwhile, Michael has done a good job at keeping his dating life out of the public eye. For years, fans have been hoping that he’d get together with his Black Panther co-star, Lupita Nyong’o, romantically, but the two have always insisted that they’re just friends. Looks like he wasn’t able to hide when it comes to Lori, though!