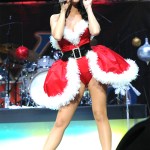 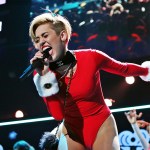 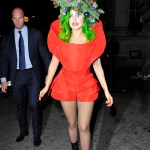 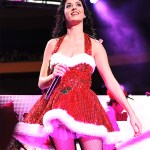 The Weeknd is getting his fans in the Christmas spirit with the cutest throwback pic.

The Weeknd, 30, has always been a cutie! The “Blinding Lights” artist, who’s real name is Abel Tesfaye, took to Instagram on Thursday, December 16, to share a photo of himself as a baby in a Santa hat. With his sparkling eyes and adorable dimples it’s no surprise that baby Abel grew up to be a star.

Fans couldn’t stop gushing over The Weeknd’s sweet baby face, with many simply leaving crying faced emojis in the comments section. The super cute throwback was all to promote a Christmas episode of his radio show, Memento Mori, on Apple music. The new episode will be drop on December 18 at 3pm PT / 6pm ET.

The Weeknd launched his radio show back in June 2018 with the aim of sharing and highlighting his favorite music. Although the show has been going for over two years, episodes are very infrequent and only 11 have aired so far.  “Memento Mori” is a Latin phrase that translates to “Remember Death.” Although it sounds creepy, it’s more about a reflection on mortality and a reminder to live a good life.

And, when it comes to living the good life, The Weeknd is an expert. The “Can’t Feel My Face” artist, who dated supermodel Bella Hadid, 24, as well as Selena Gomez, 28, has recently been linked to stunning Spanish pop star Rosalía, 27.  She starred with him in a music video for the remix to his hit song, “Blinding Lights,” which dropped on December 3, and their on-screen passion was palpable.

The obvious chemistry between The Weeknd and Rosalia got fans buzzing about a possible romance. “Are Rosalia and The Weeknd dating?? Or just doing a collab? I need answers!,” one fan asked on Twitter, while another fan went ahead and tweeted, “Im convinced the weeknd and rosalia are dating.” A third fan even wrote, “@theweeknd ur dating rosalia admit it.”

Although neither The Weeknd or Rosalia have commented on the fan speculation, as HollywoodLife previously reported his ex-girlfriend isn’t paying the rumors much attention. “Bella knows the name of the game and understands that his form of expression is through his music,” a source shared. “Rosalia is gorgeous and Bella knows there will always be fan speculation regardless of who he works with.”

“They have a long history and spent a big chunk of their lives together,” our source further explains. “That will never change and she knows they learned a lot from each other through their relationship. Bella is focused on her own life and doesn’t spend her time prying into his.”