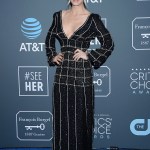 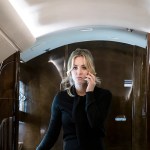 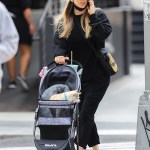 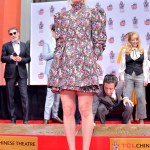 Kaley Cuoco was totally caught off guard on ‘WWHL’ when a fan asked her if ‘Superman’ star Henry Cavill, whom she dated for mere weeks in 2013, was ‘really made of steel!’

Kaley Cuoco took an unexpected trip down memory lane during her December 15 appearance on Watch What Happens Live. The Flight Attendant star, 35, received some fan questions during her visit with host Andy Cohen and one of them completely caught her off guard. One longtime admirer had a question for Kaley regarding her brief 2013 romance with Man of Steel star Henry Cavill. “Is the ‘Man of Steel’ really made of steel?”

“Oh my god,” Kaley blurted out laughing. Keeping the interview as professional as possible, she answered honestly and quickly. “I don’t know,” she said through more laughter. “I never say, ‘I don’t know,'” she reassured Andy following the surprising question. “I always have an answer — but I don’t know.”

Kaley and Henry became a hot item over seven years ago when they briefly dated in July 2013. At the time, Henry, 37, had just come off of the major success of Man of Steel, which chronicles the origin of Clark Kent/ Superman. Kaley, meanwhile, was making audiences laugh as a part of the ensemble cast of the Emmy-winning sitcom The Big Bang Theory. Barely a month after the two started dating they decided to call it quits.

However, they have each moved on in their personal and professional lives! After her 2016 divorce from Ryan Sweeting, Kaley married equestrian Karl Cook. The pair became engaged in November 2017 and exchanged their ‘I dos’ on June 30, 2018. Henry, on the other hand, has decided that he is more comfortable with keeping his personal life under wraps.

Since the series finale of The Big Bang Theory in 2019, Kaley has set her sights on a totally different genre. She currently stars in HBO Max’s The Flight Attendant. The actress completely taps into a new skillset in her role as Cassie Bowden, a flight attendant who finds herself wrapped up in a murder mystery after waking up in the wrong hotel room, wrong bed, and next to a dead man! As for Henry, he currently stars on the epic Netflix fantasy series The Witcher.