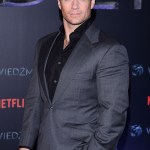 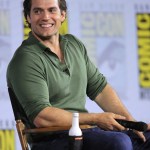 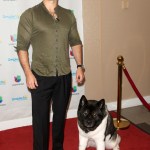 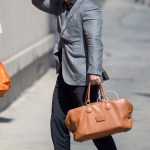 Sexy and smart! With just a manual & his bare hands, Henry Cavill put together a fully-operating gaming computer all on his own — hilariously warning fans they may see ‘parts’ they haven’t seen before.

Henry Cavill, 37, is a genius! The sexy Superman actor took to social media to document a pretty complicated quarantine project: building his very own gaming computer from scratch. We had no idea he was so knowledgable in the space, but he proved he had some serious skills in the five minute clip posted to MTV UK’s social media accounts and his own. “All The Parts,” he began his caption on Instagram, shared on Thursday, July 16.  This kind of material isn’t for everyone….viewer discretion is advised. You may see a lot of parts that you haven’t seen before,” he teased.

This kind of material isn't for everyone….viewer discretion is advised. You may see a lot of parts that you haven't seen before. #PC #AllTheParts #AllNightLong

Set to several of Barry White‘s classic tunes, including “Never, Never Gonna Give You Up” and “You’re The First, The Last, My Everything,” Henry got right to work! There were a few minor hiccups throughout — with MTV hilariously reminding him that the “little gold pins are sensitive” and that one has “gotta be gentle” — Henry kept up the effort, even adding a headlamp to get a closer look. It turns out the entire process actually took the British-born actor well over a day — but hey, he got the job done! Towards the end of the clip, he unveiled the device which featured bright purple and yellow neon lights.

Those arms…i wanna touch them just for once. Please god. Amen pic.twitter.com/FHqVLup37d

The Tudors alum wore a fitted black tank top for the activity, showing off his toned torso and defined muscles (much to the delight of his Twitter fans, may we add). “Those arms…i wanna touch them just for once. Please god. Amen,” one fan gushed, while another wrote “How do I save this video to my phone?!?! Asking for a friend.. honest.” A third dubbed they officially had a “man crush” on Henry after watching him construct the computer, while a fourth hilariously wrote: “*sits on hands to resist thirst tweeting about Henry Cavill building a pc from scratch*.”

How do I save this video to my phone?!?! Asking for a friend.. honest

While some might be surprised to see Henry putting together a console, it turns out he’s a hardcore gamer and had been thinking about doing so for a while. “I’ve not quite ventured into building my own [gaming computer] myself,” Henry admitted to NME in Dec. 2019 when promoting The Witcher. “I definitely have had custom PCs over the years. That’ll be the next project, as soon as I find enough time — and the bravery — I might put my own PC together,” he added. Well, there’s no better time for projects like this than being at home in quarantine. The end of the MTV video concluded with, “The End. Or more realistically, just the beginning.”