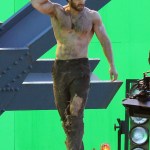 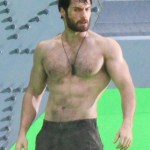 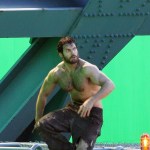 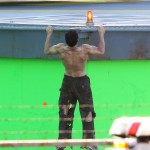 Hunk alert! The men of ‘Justice League’ are all kinds of hot. Jason Momoa, Henry Cavill, Ezra Miller, and more of dreamboats from the movie will steam up your day with these shirtless photos!

There’s no doubt about it, the cast of Justice League is seriously sexy. Ben Affleck, 45, Henry Cavill, 34, Jason Momoa, 38, Ezra Miller, 25, and Ray Fisher, 30, star as superheroes who have to band together with Gal Gadot’s Wonder Woman to save the world. From the moment these hunks were cast, Justice League started giving the heartthrobs of the Avengers a run for their money. Every time the Justice League dreamboats are shirtless, they make everyone drool.

If there was an award for the Most Shirtless Justice League Hunk, it would definitely be given to Jason. The actor, who also played Khal Drogo on Game of Thrones, has no problem stripping down for a sexy Instagram photo. Jason loves to hit the gym shirtless and work up a sweat. We thank him for it. Thankfully, we’ll get to see those abs even more as he swims around as Aquaman in Justice League!

Henry got absolutely ripped to play Superman for Man of Steel back in 2013, and he’s kept up his impressive physique over the years. Ben did the same thing when he was cast as Batman for Batman v Superman: Dawn of Justice, and seeing Ben work out in the film was a real treat.

Ezra, who plays The Flash, recently showed off his abs on the cover Interview magazine. Ezra just exudes sexiness. He’s one of a kind! We’ll be seeing a lot more of Cyborg in Justice League, and Ray has gotten into tip-top shape. He’s too hot to handle! And so is the rest of the cast!

HollywoodLifers, who do you think is the hottest Justice League hunk? Let us know!