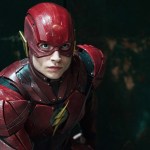 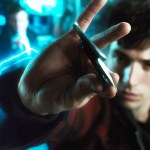 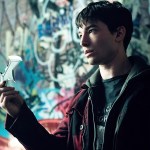 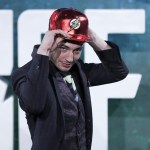 Hello there, Ezra Miller! The actor, who will be playing The Flash in the ‘Justice League’ movie, looked nearly unrecognizable because of his insanely buff body at the ‘Batman v Superman’ London premiere on March 22!

Ezra Miller is hotter than ever! The 23-year-old showed off his new ripped body at the Batman v Superman: Dawn of Justice London premiere on March 22. He got seriously buff for his role as The Flash in the upcoming Justice League movie, and we’re drooling over him!

Ezra made everyone at the Batman v Superman premiere do a double take when he arrived on the red carpet. The actor has always had a lean physique, so when he showed up with bulging muscles, it was hard to know it was him!

Ezra wore a red leather jacket that accentuated his broad shoulders and tight black pants. He’s known for his long, dark hair, but he rocked a shorter cut at the premiere. Just look at his chiseled jawline! He could definitely be Ed Westwick’s long lost brother!

Ezra’s character, The Flash, makes his highly-anticipated appearance in Batman v Superman: Dawn of Justice. He will have a much bigger role in 2017’s Justice League, before getting his own standalone movie in 2018.

When Ezra was first cast as Barry Allen/The Flash, fans were surprised. Grant Gustin plays the iconic superhero on The CW series, and many believed he would play the role on the big screen. Ezra notes that his version of The Flash will definitely be different than Grant’s.

“I’d like the character to have many dimensions,” Ezra told EW. “But really, I’d like him to have the usual dimensions we know and love, and then some extra ones that are part of the amazing consideration of this superhero. I hope to realize him as a person, and I think what’s most exciting for me in superhero mythologies is when we feel the humanity of someone who is heroic — or the heroism of someone who is a flawed, deeply human person.”

HollywoodLifers, are you excited for Ezra to play The Flash? Let us know!