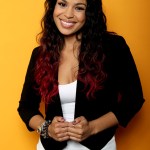 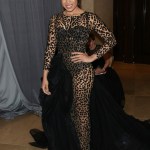 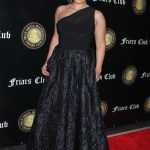 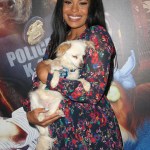 Jordin Sparks spoke to HL about what to expect from her Macy’s Thanksgiving Day Parade performance!

The show must go on! The Macy’s Thanksgiving Day Parade might not have the massive crowd it typically does, but the performances will be top-notch, per usual, with some of the best in the biz, like Jordin Sparks, singing from the beautiful floats. Jordin teased her upcoming performance in a podcast interview with HollywoodLife, revealing she will be singing a festive Christmas jam from an ‘African inspired’ float. LISTEN TO THE HOLLYWOODLIFE PODCAST HERE!

“I will be performing on the Kalahari Resorts float and it’s African inspired. There’s going to be a big elephant and it will be so pretty!” the American Idol alum gushed. “I will be performing an original Christmas song from my Christmas album that drops on November 27th called ‘Cider and Hennessy’ and I’m very, very excited to be doing this!” In partnership with Kalahari Resorts, Jordin spoke to HL from the 1.5 million sq ft Round Rock, Texas location, that is currently open at half capacity.

Jordin revealed that it’s “always been a dream” of hers to release a Christmas album. “The fact that I get to perform a song from it at the Macy’s Thanksgiving Day Parade and kick off the Christmas season — I can’t even deal — it’s such a big moment for me,” she told HL. The “No Air” singer’s holiday album will include eight original songs with a “turned up” medley of Christmas classics. “I did a lot of writing for this. I was very inspired,” she said. “I’ve dreamt of this for so long. I definitely didn’t expect it to come out during this year of all years, but I was inspired and I just had to do what my heart and creativity was telling me to do. So, now we have the album that’s going to come out and you have to let me know what you guys think of it!”

Jordin Sparks’ Christmas album drops on all platforms November 27th, and be sure to watch her amazing performance on the Kalahari Resorts float in the Macy’s Thanksgiving Day Parade on Thanksgiving day!