This upcoming Thanksgiving might be different than usual due to the ongoing pandemic, but connecting with those you love is more important than ever. Luckily, with today’s technology, it’s possible to host virtual Thanksgivings and Friendsgivings, and that is exactly what actress and entrepreneur La La Anthony is doing this holiday! “I’m hosting my first ever virtual friendsgiving this year which will be interesting, but fun!” she said in an EXCLUSIVE interview with HollywoodLife, while discussing her partnership with SIMPLE Mobile.

When it comes to hosting, La La admitted she’s not the “organizer,” but she’ll typically have everyone over for the holidays, which is why she’s put together the virtual event this year. “Everyone will typically come to my house and we’ll all have fun, but I don’t want to put the whole thing together. I just provide the space, and the fun,” she explained. “But as far as the menu and the time, I’m not good at that stuff. Someone else has to organize it!” 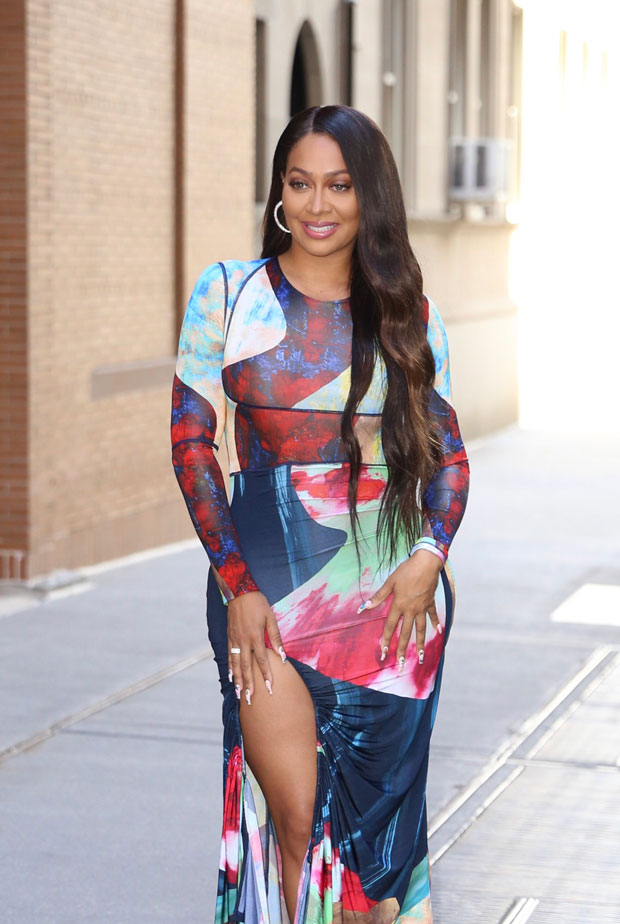 For your virtual holiday celebration, La La revealed that music is very important. “I think playing the same music on each person’s phone or Zoom or whatever is key. One person can’t be listening to rap and the other one reggae. You want everybody to be in sync and listening to the same, at least the same vibe,” she recommended. La La also said that having games to play is fun for all attendees, which she did when she virtually hosted her niece’s 17th birthday party months ago.

“It was fun just to play things like ‘Would you rather?’ and you just throw it to each other just to  keep people interactive and engaged,” she advised. “Definitely doing a toast is fun and having everybody raise their glasses and do a toast together.”

It’s easy to get connected this holiday season with SIMPLE Mobile, La La explained. “This truly unlimited plan is $50 a month… and it’s just a really cool way to feel like you’re there when you’re not there!”