Season 13 of The Real Housewives of Atlanta was already winding down but things came to a stop due to the Coronavirus. Production has officially been shut down after a crew member tested positive for COVID-19 and the cast — especially those with kids — are feeling uneasy about it. “Kenya [Moore] and Porsha [Williams] were freaked out because they have kids,” a source close to production revealed EXCLUSIVELY to HollywoodLife. “Kenya in particular is very nervous.”

Once the crew member tested positive, no time was wasting notifying the cast and crew. “Everyone from the cast and crew of RHOA were notified three days ago [Tuesday, November 10] that someone tested positive for COVID-19,” the source shared. “Production was shut down immediately and everyone was told to quarantine immediately for two weeks,” they explained. 14 days is the recommended guideline by the CDC to quarantine if you’ve tested positive for the deadly virus, or been exposed to someone that has.

Some of the other moms on the show were also scared, but a little more relaxed about the situation. “Kandi [Burruss] surprisingly was not so much [freaked out] but is taking it seriously,” the source continued. “And Cynthia [Bailey] is freaked out but quarantining as well,” they said.

The ladies of Atlanta which also includes cast members new comer Drew Sidora, 34, have been open on social media about their fun times filming. Cynthia even revealed to us what kind of extra safety measures have been taken once filming picked back up in July. “Bravo’s been doing a really good job just following the rules the best we can and so we did a road trip,” she told us in an EXCLUSIVE interview on Oct. 19. “We haven’t been able to travel on airplanes because it’s a whole thing if we do. Also, we get tested every week.” 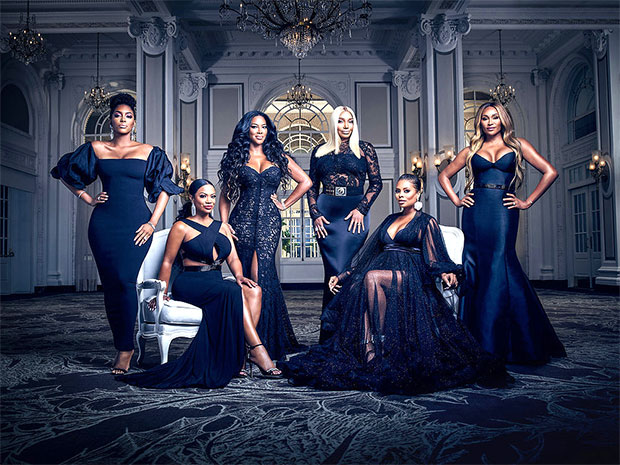 Although there’s a minor shift in the ‘wives’ production schedule, the show must (and will!) go on as the next season is still set to premiere on Dec. 6 at 9pm on Bravo! “As of now, production will resume right after Thanksgiving,” the source shared. “And [it will] finish after the premiere in beginning to middle of December.”