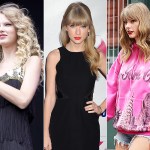 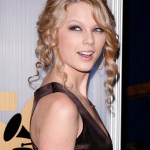 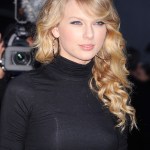 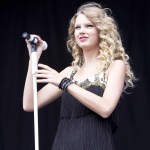 Taylor Swift brought back a fan-favorite hairstyle when she rocked a french braid in her new commercial for Capital One.

When Taylor Swift’s new ad for Capital One dropped on Nov. 9, fans couldn’t help but notice the way she chose to style her hair for the commercial. The singer’s longer locks were pulled back into a french braid, with her shorter bangs loosely curled at her forehead. This is a hairstyle that Taylor doesn’t normally wear, and is reminiscent of her look around the time that her album, Red, came out in 2012.

Recently, Taylor seems to have returned to favoring the braid. When she appeared virtually at the CMT Music Awards in October, her hair was also braided. Taylor announced the winner of the Breakthrough Video of the Year, which went to Gabby Barrett, at the event. She sent Gabby a sweet video message, but fans could only talk about how much she looked like Red-era Taylor in the video.

Of course, Swifties know that there is often a hidden meaning behind a lot of things that Taylor does. Many have been buzzing that Tay’s return to this past hairstyle may be a hint that she’s beginning to re-record her old albums. As of Nov. 1, Taylor was legally allowed to re-record her first five albums, which are currently owned by Scooter Braun, who purchased the masters from her last record label, Big Machine Label Group.

In 2019, Taylor confirmed that she planned to re-record the albums once she was legally allowed to. However, she has not commented about whether or not she has started that process now that the time is here. Still, she’s definitely been keeping busy when it comes to music. In July 2020, Taylor released her eighth album, Folklore, which she recorded amidst the coronavirus quarantine. The 30-year-old kept the album a secret until the day before its surprise release.

Folklore is the second album that Taylor dropped under her new label, Universal Music Group. She also released Lover in August 2019. Her deal with Universal allows her to own the masters to all of her recordings, a provision she required after her dramatic fallout with BMLG and Scooter.